"If a child gets hurt, who is going to take responsibility then?" 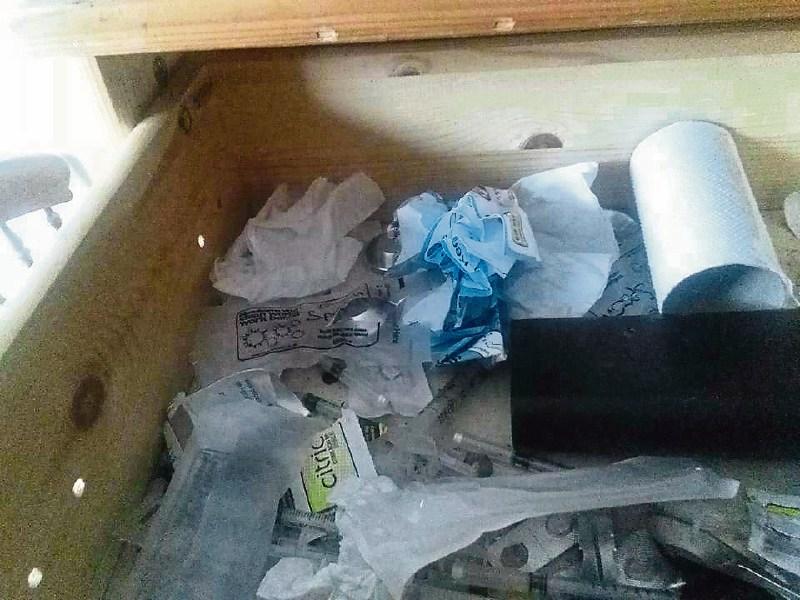 A ‘petrified’ Longford homeowner has said she feels like leaving her house after claiming that a nearby vacant house was being used as a drug den.

Amanda Fennell told the Leader that her daughters, aged 13 and 11, were outside playing in the neighbourhood early last week, when the ball they were kicking went into the back garden of an unoccupied house nearby.

When the eldest of the two went to retrieve the ball, she noticed that the back door was gone and took a look inside, where she found a multitude of drug paraphernalia, including used syringes.

The young girl reported what she had seen to her mother, who then got in touch with Longford County Council and the Gardaí. Unfortunately, because it’s a private dwelling, neither the council nor the Gardaí were in a position to enter the property.

“I’m so annoyed,” Amanda admitted to the Leader. “I’m being told there’s nothing that can be done.

“I’m paying a mortgage here and my kids can’t even go outside and play safely. Surely the safety of the children should come first?”

Amanda, who also took to Liveline on Monday last to voice her concerns, has lived there for thirteen years and admitted that her estate was ‘beautiful’ up until recent times.

She then added her disdain that the house hasn’t been boarded up, saying; “I cannot understand why they can’t go in and make that house safe. If a child gets hurt, who is going to take responsibility then?”

Pointing out his frustration that the council are not in the position to secure the property, Cathaoirleach of Longford County Council, Cllr Gerry Warnock added that he had endeavoured to make contact with the owner and also formally requested a derelict site notice be served.

Acknowledging that situations like this highlight the flaws in the system in terms of the local authority’s lack of power, Cllr Warnock urged people to continue to report any instances such as this to the Gardaí and the County Council.

“It’s absolutely frightening and it’s going to have to be dealt with,” he stated.

“I went down and had a look at it myself on Friday and I was horrified with what I witnessed.”

He also pointed out that it's “sinful to think that we have a housing crisis,” adding that more should be done to fill derelict houses so situations such as this cannot arise.

Longford Gardaí confirmed that they were looking into the matter and earlier this week, they were making renewed attempts to get in touch with the owner of the unoccupied house.