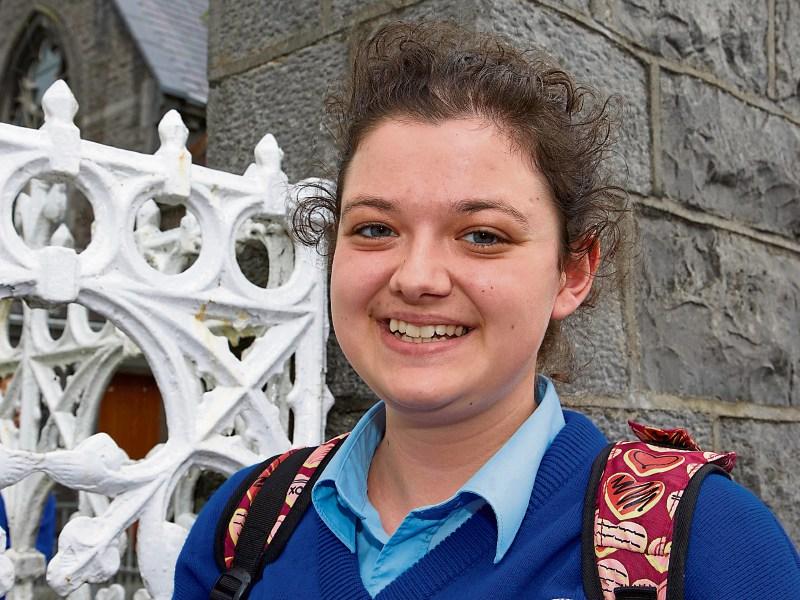 It’s a week since the State Examinations officially began, and it’s so far, so good as far as the Meán Scoil Mhuire class of 2016 are concerned.

Speaking to some of the students as they filed out of the school after Maths paper one last Friday, there was an unexpected feeling of calm emanating from them. Mostly, they seemed happy with how the paper had gone.

“It was tough, but I think it went okay in general,” Carolanne O’Brien told the Leader. Looking back over the exams so far, she remarked that English paper one had been “very specific” but that paper two went well.

“I have five days off next week so I’m hoping that will give me a good amount of time to study,” she laughed.

Laura Smith, on the other hand has a busy week next week, which she acknowledged could be tough, but she happily reported that Maths paper one had gone really well.

Meanwhile, Maria McLoughlin admitted that her initial worry over the subject had been unfounded.

“I thought it went really well,” she smiled. “The exams have been going very well, I’ve been really happy with them so far.

“I’ve a big week next week but hopefully I’ll get on well, Biology will be the main worry, but everything else will be fine I think,” Maria added. She wasn’t the only one either, with several other students declaring that Biology was the biggest concern in the remaining exams.

History, meanwhile, was the subject playing on Caoimhe Brennan’s mind, though she was happy with how her exams had gone so far.

“[Maths] was a really good paper, I’m really happy. I was also really surprised with English, it was really handy!”

Both Catherine Gordon and Ciara Farrell were in for a full day on Friday, with both Geography and Maths paper one proving to be better than expected, though Ciara admitted that timing was an issue.

Far from becoming complacent after a successful paper, Ciara continued; “usually if the paper one is easy they’ll make the paper two hard but I hope it goes as well.”

Admitting that she had been nervous in the run up to last Wednesday, Anna McBride stated; “Once you get into the frame of mind, it’s not too bad after that!”

While some will have already finished their exams by today, there are others who will have to wait until June 24 to put down the books for good. Then the anxious wait begins for the results in August, before the students decide on their next steps.