Ardagh strongman vows to bounce back 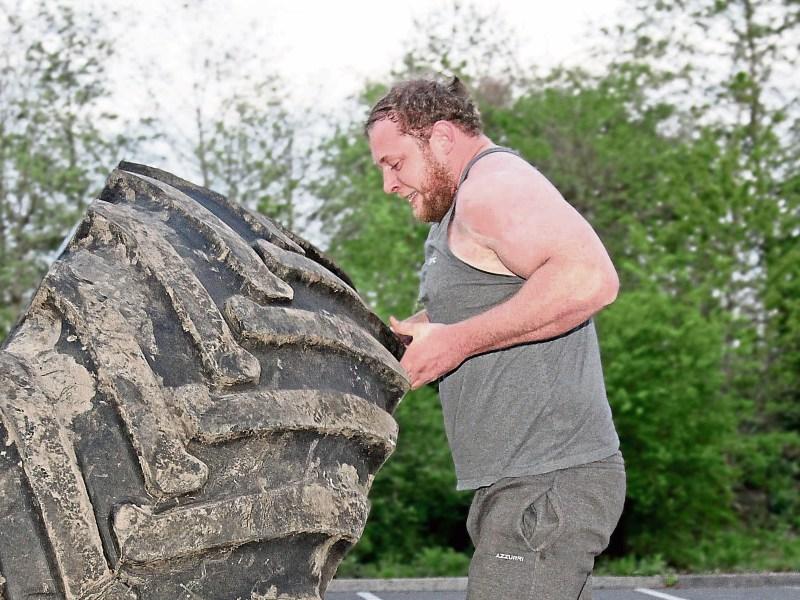 Ardagh’s John Duffy may well have been unsuccessful in his bid to become ‘Republic of Ireland Strongest Man 2016’ recently, however, he is already plotting his next tilt for the title.

“It was the toughest competition I was ever in,” revealed 27-year-old John, who finished ninth overall out of thirteen experienced competitors.

He also ended up just two places outside gaining qualification for ‘Ireland’s Strongest Man Final’ which takes place on June 26.

“I guarantee you, that I’ll make the cut next year,” he said determinedly. “It is definitely my ambition to get there.”

Pa O’Dwyer (Limerick) retained the coveted King Fionn Trophy at Scarvagh House, Armagh on Saturday, May 28 and the six strongmen that will join him in the All-Ireland Final are - Dan Gannon, Nicky Whelan, Conor Kehoe and Gavin Redmond (all from Wexford), Ivan Gannon (Sligo) and Chris Davidson (Cork). Those seven will be joined by five Ulster qualifiers.

John started off well but faded. “I was up against the big boys, seeing what it was all about. I just had a bad day. My back didn’t hold up too well. As Glenn ‘The Daddy’ Ross (founder of the Irish Strength Association) was saying, I started off good and died off a bit.”

Third up was the Car Deadlift, and John admitted, “The car was crazy heavy, nearly 300kg. Up to that stage, I would have been hoping for fifth place and that would have been great. But it just didn’t go my way.”

The sixth and final event was Monster Tyre Flip for Speed Grass (400kg) and John was 8th, with 7 flips.

John said he told Glenn Ross: ‘I know in my own head I should have done a bit better’.

He added, “Twelve months is a long time to wait to get another chance but that is what I’ll have to do.”

The Longford man says he will have a competition in Donegal to look forward to over the Summer and another event at Hook Head, Wexford.

His attention will then switch to training in the HorsePower Gym and PFP (Peak Fitness & Performance) Gym in Longford town in preparation for 2017.

Prior to the ‘Republic of Ireland Strongest Man 2016’ Final, John remarked, “Once I beat two or three lads I’ll be happy.”

He was happy enough he achieved that target but has set the crossbar higher for next year and best wishes to him in his endeavours.