Council urged to 'bite the bullet' over Edgeworthstown road 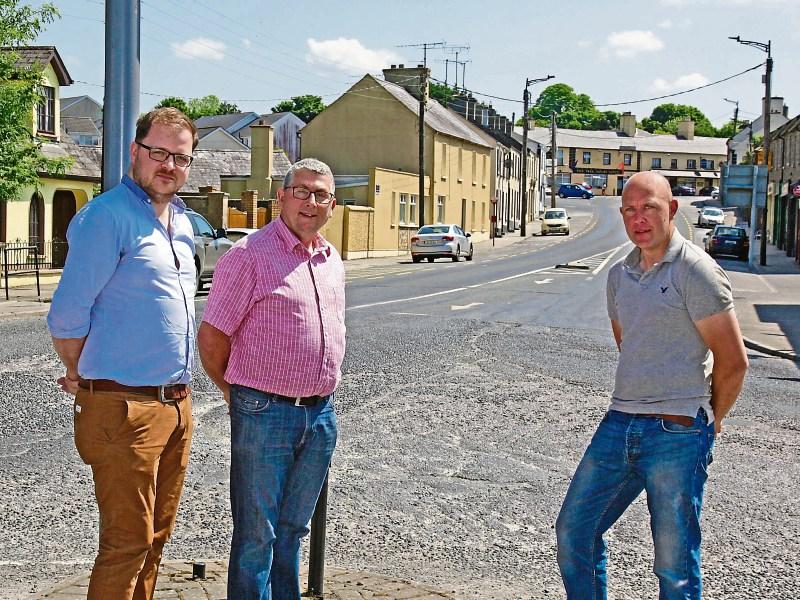 Irish Water came in for renewed criticism last week, this time over its protracted attempts to replace a troublesome water mains in Edgeworthstown.

The topic was one which generated plenty of frustration among councillors at Ballymahon's Municipal District meeting last week.

Much of that dismay came after it emerged Longford County Council cannot carry out resurfacing worksin the mid Longford town until the public utility meets its own obligations.

Cllr Paul Ross, said the section of road, which stretches from Kane's Garage to the Park House Hotel was so bad incensed locals were contacting him on an almost daily basis.

“It's become an absolute joke at this stage,” he said in reference to the state of the road surface.

“I drive a jeep and to be honest it's like driving a tractor on it, it's absolutely cat.”

But when the meeting was told the Council was waiting for Irish Water to carry out its own repairs, Cllr Ross was quick to hit back.

“Look, we can't be left in limbo on this one,” he snapped.

“Waiting for Irish Water to invest in something like this is like waiting for your Lotto ticket to come in.

“It (state of road) is a constant annoyance for people in the town.

“Either we (Council) write to them or we bite the bullet.”

Fianna Fáil's Mick Cahill was equally exasparated, saying the state of the roadway was “not doing any of us any good”.

“I understand you don't want to spend money doing up the road until the water mains is replaced but I think the removal of that traffic island is a matter of urgency,” he contended.

For his part, Mr Slattery defended the Council's role in relation to works carried out in Edgeworthstown.

He said €40,000 had been spent by the local authority last year on Pound Streetwith regular contact being kept up with Tidy Towns officials over other undertakings.