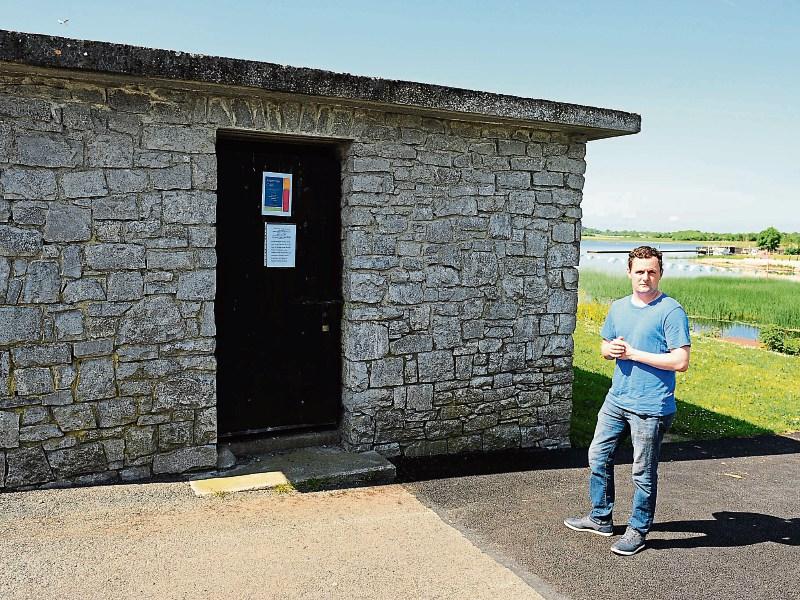 One of Longford's prime tourist locations is being undermined by its continued lack of public toilets, a meeting heard last week.

The issue was one which was raised by a number of councillors at last week's meeting of Ballymahon Municipal District.

He said the south Longford town's public toilets had been widely used before ultimately falling foul of vandalism and a lack of adequate manpower.

However, the Fine Gael representative said given Lanesboro's rising prominence in world angling circles and with the onset of recent good weather, the onus was now on the council to revisit the issue once more.

“There is no denying that Lanesboro is a focal point and could become a hub for Blueways (Ireland),” he maintained.

“We are not asking for a lot, but I do think in this day and age, we really need public toilets down there (Lanesboro car park).”

Part of his appeal, he added, was motivated by the commitment the Council had given to rectify a similar issue affecting facilities located at Dring in north Longford.

In response, senior engineer Tom Murtagh said the Council simply was not in a financial position to meet Cllr Farrell's pleas at present.

Mr Murtagh said following talks with the Council's Director of Services it was also made clear that a redesign of the building which houses the toilets was also required.

“There is no funding at the moment,” he replied.

“Also, there is the issue of ongoing maintenance of the building.”

Clearly not satisfied by that response, Cllr Farrell insisted local volunteers and workers on community employment schemes were well placed to take that burden off the council's shoulders.

“That shouldn't be an issue,” he remarked for a second time.

Mr Murtagh said while he appreciated Cllr Farrell's concerns, he simply could not give a commitment as to whether the Council was in a position to carry out refurbishment works.

“We will take it back to the directorate and look at the budgets to see if money can be made available for the design (of building) as it would need to be rejigged around a little bit,” he said.

Mr Murtagh was nonetheless careful to reserve caution on that particular issue by warning of the “significant” level of funding which could be involved .

Cllr Mark Casey, meanwhile, said he had no difficulty in the Council stepping in, but stressed it was important no short-cuts were taken when, and if, works were carried out.

“What we need down there is security cameras, the full spec,” he said, saying the toilets when previously in use had become an “absolute disaster” due to anti-social behaviour problems.