Longford carer: 'A lot of people think caring is no big deal' 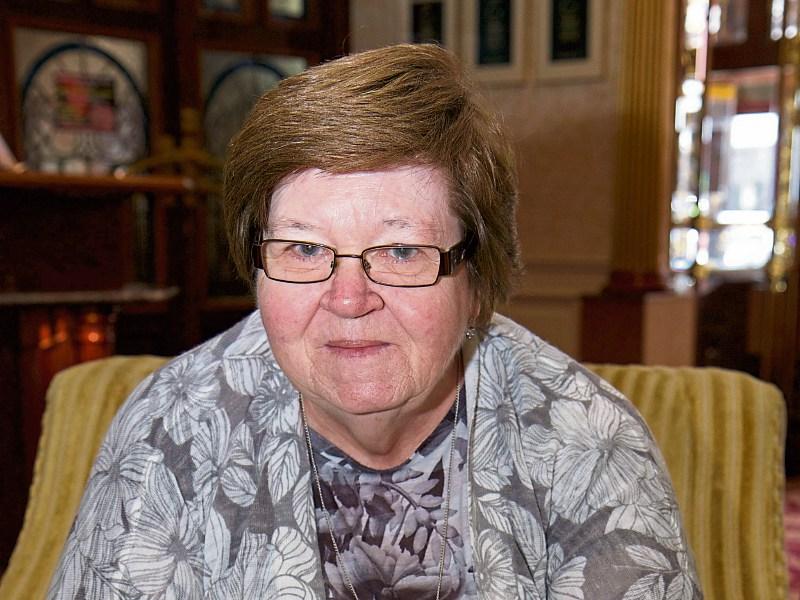 Forty years ago Sharron Gorman took the life changing decision to become a full time carer to her beloved husband Tom, a decision she has no regrets over whatsoever.

Sitting inside the lobby of The Longford Arms Hotel last Friday, this remarkable and modest lady spoke to the Leader about what is arguably one of society's most unsung of professions.

In truth for people like Sharron, caring is not an occupation, a weekly nine to five job that comes with a pay cheque at the end of it.

In her own words, it's a 'lifestyle choice', one which she made without haste when Tom was diagnosed with a “complex, progressive” disease almost four decades ago.

The couple, who were married in the UK, hadn't originally intended to settle here after arriving over in 1968 to visit Tom's father who was sick at the time.

“We just didn't go back,” said Sharron in a soft spoken manner.

Having fallen in love with their new surroundings, little did the couple know that their lives would be irrevocably changed forever when Tom, himself, fell ill.

“When he was diagnosed, we didn't know it would get as bad as it did,” said Sharron.

“We just took things from day to day and hoped for the best.”

Preferring not to go into the complexities of her husband's condition, Sharron said the work of a carer is something which rarely attracts publicity or public attention.

“It's not really a paid job,” she maintained.

“The money the Government gives us is an allowance probably just to keep us quiet.”

Sharron was just as plain-speaking when referring to how carers are perceived by society at large.

“A lot of people don't really think it's a big deal. They don't really understand what's involved,” she added.

One group who certainly understands where Sharron is coming from is the Carers Association.

In January, the voluntary support group merged with Caring for Carers, another advocacy body to provide a stronger national voice for the estimated 200,000 Irish people who look after family members on a full-time basis.

“There are some great people in it, Denise (Nolan) and Caroline (Poole) especially. You can say anything to them and they understand,” said Sharron.

“We have carers meetings every week and as well as that it's a good social outlet for us.”

Forty years later and with Tom now aged 83, Sharron said if presented with the same dilemma in today's terms caring for her husband 24/7 is something she would do all over again.

“No, I have no regrets at all,” she said defiantly.

“We are 53 years married so no I have no regrets.”

That staunch reaction soon changed to a forlorn tone when asked about whether carers like herself can expect increased financial supports from the new Fine Gael led minority government.

“I don't think they will do anything different,” she lamented.

“It's just a change of people with the background still being the same.”