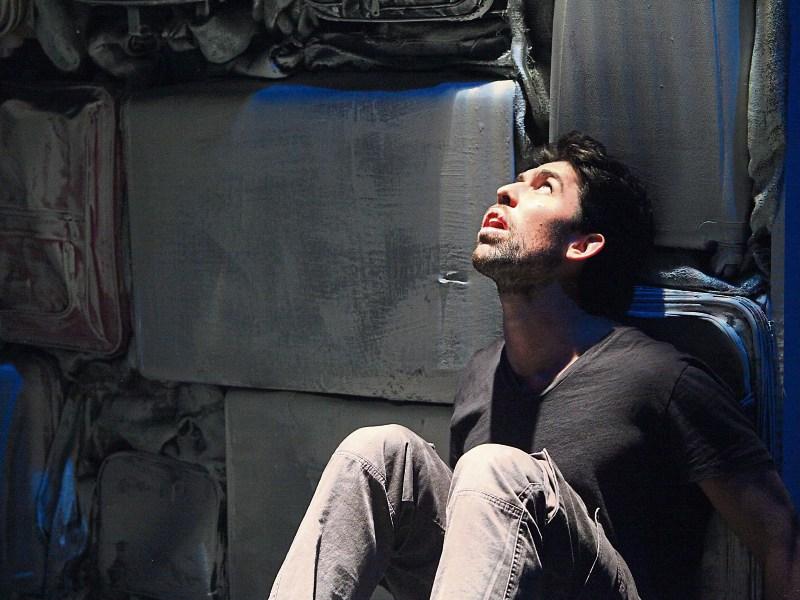 Described by the Edinburgh Reporter as ‘a one man show whirlwind’, ‘Pilgrim’ will burst onto the stage at the Backstage Theatre tomorrow, Thursday, June 2.

Presented by The Gonzo Theatre and Breda Cashe, directed by Aoife Spillane-Hinks and written by Cavan native Philip Doherty, the play is brought to life by Rex Ryan, whose energetic, powerful performance makes for an unforgettable night of theatre.

Speaking to the Leader ahead of the Longford performance, Rex, who is the son of the late broadcaster Gerry Ryan, explained that the story follows Christopher, or Christy, who has been undertaking a J1 full of “debauchery and drinking” in California when he gets an email from his ex-girlfriend, telling him that she is pregnant.

As he heads home to deal with this news, his plane is re-directed as the events of 9/11 take place and Christy finds himself on a wild pilgrimage, meeting many unique characters along the way, all of whom are portrayed by Rex.

Despite a seemingly heavy subject, there are moments of comedy in the play, according to Rex.

“It’s very funny, I think, in a lot of places with Christy himself. I like to think he has a sense of humour and he does see life slightly ironically.”

Rex began his theatrical journey in youth theatre at the age of nine and despite a brief break during his secondary school years, he never lost his love for acting. Adding that he didn’t know how to go about acting as a career, he explained that he completed a Business degree and travelled for a time, later completing a course at the Gaiety School of Acting.

Though this is his third production with Philip Doherty, (whom, he mentions is also the Director of the incredible Cavan Town Hall Theatre) it’s his first one man show, which was daunting and exciting in equal measures.

“I would have been involved with Philo in the early writing of it,” Rex revealed. “It just involved calling around to his house and jumping around his kitchen.

“We sort of workshopped it, drinking tea in his kitchen,” he laughed.

While he admitted to being extremely nervous ahead of the first performance of ‘Pilgrim’, particularly as it’s a project which is close to his heart, Rex added that being by himself on the stage made for a more intimate relationship with the audience. So far, it has been a certified success.

“People connect with it,” Rex added. “Philo’s not a safe writer. It’s edgy in places and he’s trying to say something.

“For people to connect with it is a great thing.”