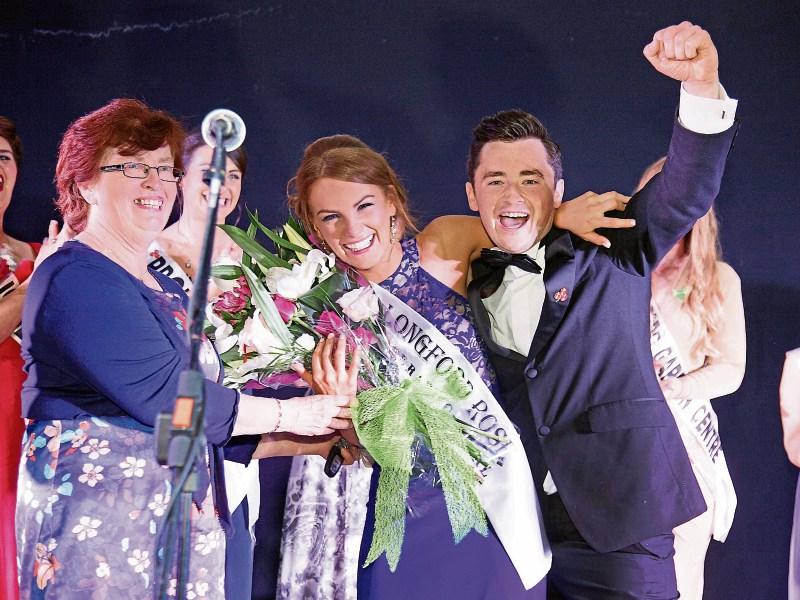 A secondary school teacher from Lanesboro has been named 2016 Longford Rose, taking over the mantle from the incredible 2015 Rose Daphne Howard.

But a worthy successor has been found in 25-year-old Caroline Doyle, the SuperValu Lanesboro Rose, who greatly impressed the appreciative crowd at last Saturday’s selection event.

Caroline entered the competition for the second time this year, having competed alongside Daphne last year, and told the Leader that she is extremely glad she did so.

“I can’t believe it, I don’t think it’s hit me yet,” said the teacher of her selection as Longford Rose 2016. “I’ve just been bombarded with messages and congratulations.”

Thanking her sponsor for their invaluable support, Caroline also paid tribute to her fellow Rose hopefuls, both last year and this year.

“I’m so lucky to be representing these women,” she continued.

Unlike in previous years, Caroline will not be competing in Portlaoise. Instead, the regional round has been scrapped and all Roses will travel to Tralee before the finalists are selected a week before the selection nights go live from the Dome.

“It’s great, because I’ll get to experience the whole thing,” Caroline grinned, before laughing, “All my family have everything booked already!”

Regardless of what happens in Tralee, Caroline will fulfill her duties as Longford Rose for the next year, and she already has her sights set on some main objectives.

“I just want to continue what Daphne has done, and that’s to put Longford on the map. There’s so much going on in this county. We have so many talented, young people and I want to be a representative for them and showcase what we have to offer.