Longford native brings the house down at the Bolshoi

Marguerite Donlon's 'Strokes Through The Tail' was performed at the Bolshoi Theatre, Moscow 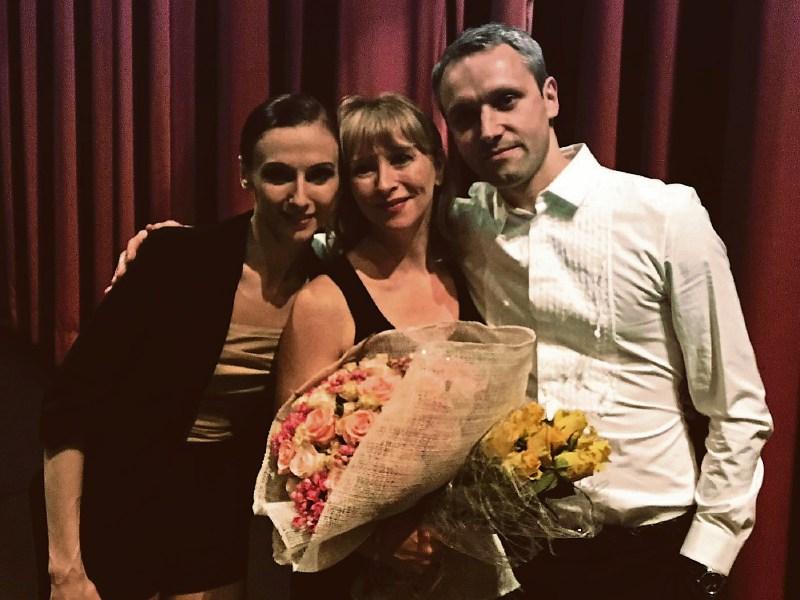 Renowned dancer Svetlana Zakharova was honoured in the magnificent Bolshoi Theatre, Moscow at the end of May, performing in a triple bill which included the work of Longford choreographer Marguerite Donlon.

Set to Mozart’s Symphony 40 and featuring Ms Zakharova and five male dancers, Ms Donlon's witty and charming work, 'Strokes Through The Tail', was a huge hit at the gala event. A standing ovation greeted the piece upon its completion, and Ms Donlon revealed that her young daughter complained of numb hands after it was all done.

“I promised her next time it would be shorter,” she smiled.

Reflecting on the performance, Marguerite, the daughter of Tom and Johanna, was quick to praise the dancers.

“They took every detail I gave them, adding something very personal from themselves to their performance and that made it very unique.”

Ms Donlon also complimented Svetlana Zacharova, stating that the Ukrainian dancer “proved how versatile she is and truly thrilled the audience with her sophisticated humour and her newly-learnt Donlon way to move”.

The world-renowned choreographer then explained that the newly-designed costumes, created by Igor Chapurin, gave the piece a “chic and cool” look, while the Bolshoi Orchestra were exquisite in their performance.

“At about two minutes into the piece I suddenly realised the scale of it all and wondered what I would have said as a young girl in Longford if someone had told me this would be part of my destiny,” Ms Donlon added.

Indeed, Ms Donlon’s Longford heritage is something which remains important, regardless of where she travels. A recent Irish Times article stated that Marguerite had brought “a little bit of Longford” to the Bolshoi, which is a source of great pride for her.

“It makes me feel so very proud and honoured that I can return my gratitude through my work for all the support I have received from my home and country.”

Ms Donlon also pointed to the importance of staying connected to her roots.

Ms Donlon is now looking forward to travelling with Svetlana Zakharova from time to time, as she tours the current production to places including Monte Carlo (in July) and Napoli (in November). Beyond that, Ms Donlon is excited to announce that Ms Zakharova has asked her to create a new work for her, which is currently in planning.

“Apart from that I am working on the concepts for two new creations, one for a German company and the other for an American company,” Ms Donlon continued, before concluding; “Parallel to all that we are working on producing a new Donlon evening here in Berlin and I hope very much to get it to Ireland at some point in 2017/18.”