Council undertakes to write to public utility over issue 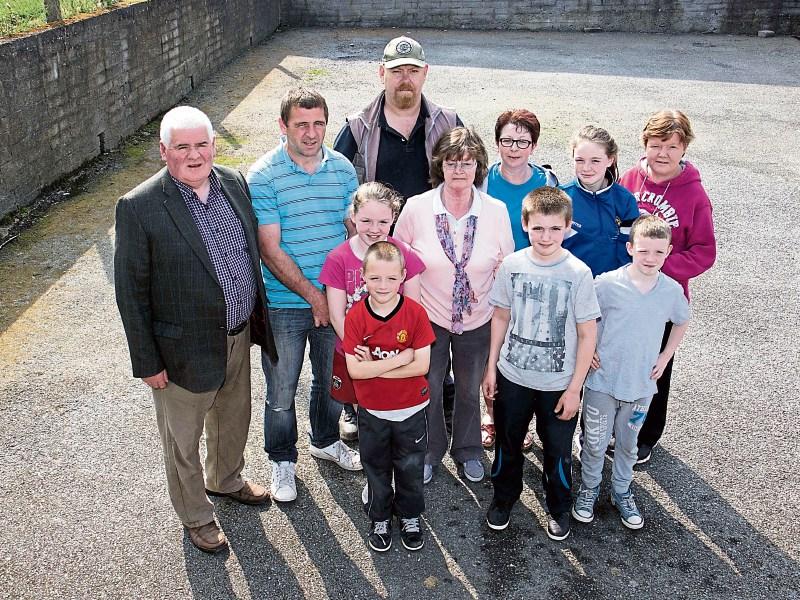 Cllr PJ Reilly said waste water from the village’s Masterson Close estate and five other privately owned houses were at the root of the problem.

In an effort to rectify the issue, Cllr Reilly raised the possibility of re-routing the discharging untreated sewage to the locally situated Rathbeagh treatment plant.

“This issue is coming from a number of variation points, but there is a solution to the problem,” he contended.

Cllr Reilly added that council officials had been made aware of the steadily worsening situation and had visited the sites involved in recent days.

“They (council representatives) have investigated it, though it needs to be sorted.

“We have a treatment plant in the Rathbeagh estate to facilitate the issue from the two estates and pump it over but the whole issue surrounds funding.”

Cllr O'Reilly said that that the Council's attempts to source additional monies to solve the problem had so far proved ineffectual.

“The request (for funding) has gone in from the officials of Longford County Council but nothing has been done,” he said.

Cllr Reilly now maintained the only way to put pressure on Irish Water was by sending a strongly-worded letter to its head offices in Dublin.

“We have a river flowing through the village with raw sewage leaking into the River Inny and the thing is this is coming from housing estates belonging to Longford County Council,” he said.

They were sentiments that Fine Gael’s Cllr Micheál Carrigy likewise impressed upon, saying the Council now needed to take a tough line on the issue.

“We can’t tolerate a situation where we are polluting an amenity,” he added.

Meanwhile, council spokeswoman Ann Marie McKeon said the local authority had no difficulty in sanctioning Cllr Reilly’s request for a letter to be sent to Irish Water chiefs over the coming days.

Residents living close to a steadily worsening sewage issue in Abbeylara have launched an appeal for state intervention.

A number of locals spoke to the Leader this week after the controversy emerged at the Granard Municipal District meeting.

Niamh O'Reilly and Marcella Kelly said the problem was especially noticeable of late as the county continues to enjoy an upturn in weather conditions.

“When you go away and come back and get out of the car it just hits you,” said Niamh before Marcella pointed to the number of young children who lived in the area.

Michael Kelly also vented his ire, saying local residents had in fact been waiting three years for the issue to be resolved.

As he gave his reaction, Michael pointed the Leader in the direction of what appeared to be a visible stain on a communal back yard which he indicated had come from seeping sewage.

Standing close by, Christina Smith said she too was growing tired of the situation.

“You can smell it as soon as you come out into the garden,” she said.

“Even when your getting in and out of the car you can get it.