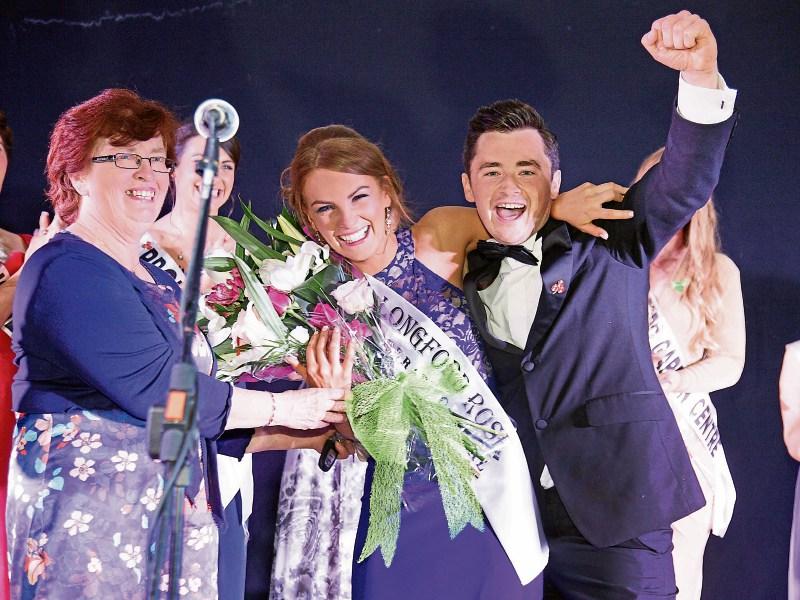 A secondary school teacher from Lanesboro, Caroline Doyle, has been named 2016 Longford Rose, taking over the mantle from the incredible 2015 Rose Daphne Howard.

25-year-old Caroline, who was the Supervalu Lanesboro Rose, greatly impressed the crowd at the selection event, which took place in the Longford Arms Hotel last Saturday, May 28.

Caroline entered the competition for the second time this year, having competed alongside Daphne last year, and told the Leader that she is extremely glad she did so.

“I can’t believe it, I don’t think it’s hit me yet,” said the teacher of her selection as Longford Rose 2016. “I’ve just been bombarded with messages and congratulations.”

Unlike in previous years, Caroline will not be competing in Portlaoise. Instead, all Roses will travel to Tralee, where the finalists will be chosen a week before the selection nights go live from the Dome.

“It’s great, because I’ll get to experience the whole thing,” Caroline grinned, before laughing, “All my family have everything booked already!”

For more on Caroline’s plans for her tenure, as well as photos from the selection night, see our two-page Longford Rose Selection special in tomorrow’s Longford Leader.