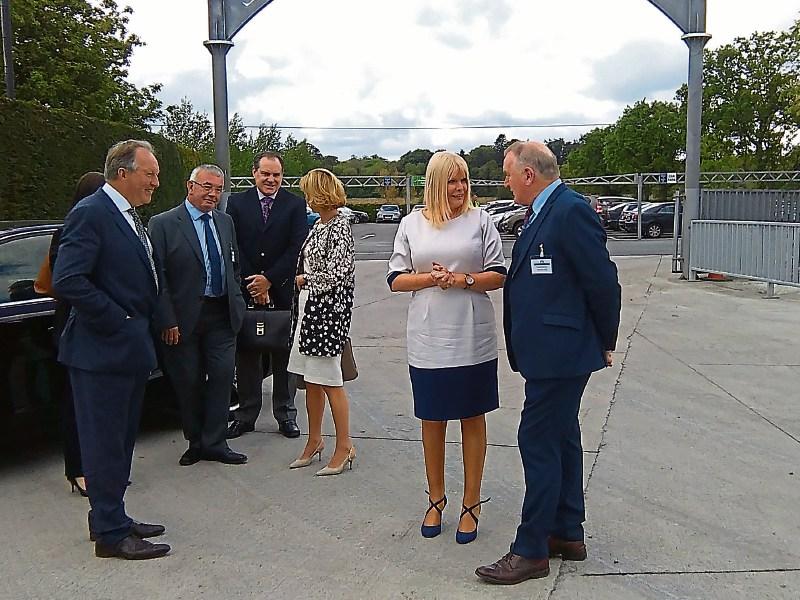 Minister for Jobs Mary Mitchell O’Connor was in Killoe today where she announced the creation of 50 new jobs in Kiernan Structural Steel Ltd.  The announcement was made in tandem with the official opening of Kiernan’s brand new 43,000 sq ft extension.

After congratulating directors Dolores and Frank Kiernan on their new facility, the Minister told the assembled gathering that rural jobs would be a priority for her during her term.

“ I am based in Dublin but I assure you that I will be a country minister as well,” she told the crowd.

The Minister underlined the government’s plans for regional job creation including the creation of 14,000 in this region by 2020.

KSSL employ 150 people between their Longford plant and their construction sites and today’s announcement is part of a €3.5m investment in the company which has been supported by the Department of Jobs, Enterprise and Innovation through Enterprise Ireland.

19 of the new jobs have been supported by Enterprise Ireland in direct manufacturing. The rest of the jobs will be filled by quantity surveyors and those working in draughtsmanship and installation.

Huge crowds attended the opening which was held in glorious sunshine in Killoe. After a tour of the facility, people sat down to lunch in a marquee where they were entertained by well-known singer John Spillane.