Thumbs up given to Age Friendly strategy

Huge interest in setting up of Older Persons Council 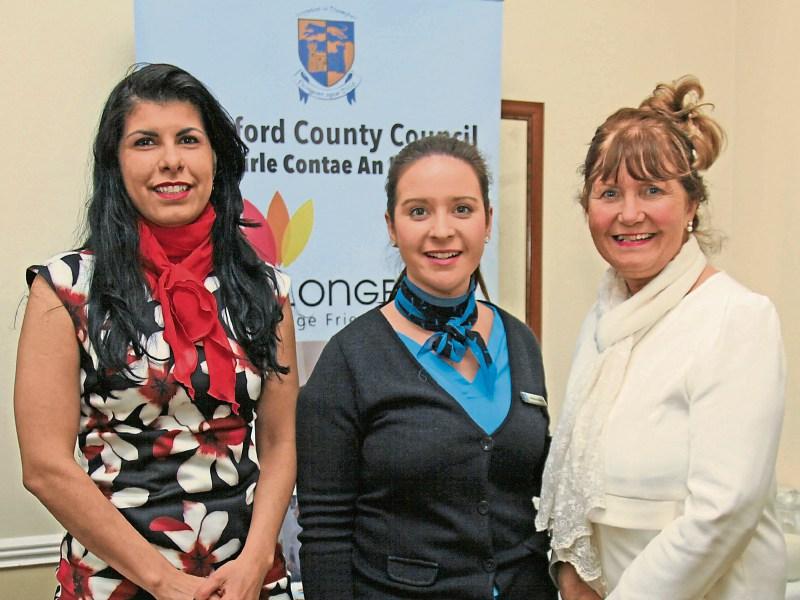 More than 100 senior citizens turned up at the Longford Arms last week for an information day on Longford's newly-endorsed Age Friendly Strategy.

It was also a day-long occasion which saw the initiation of an older persons council to represent the wishes and desires of Longford's ageing population.

Since its launch last November, Longford's Age Friendly Strategy has steadily grown in significance by securing the support of stakeholders from across the state and non-state divide.

The culmination of those endeavours came to a climax last Wednesday, something County Librarian and co-ordinator of Longford's Older Persons Network, Mary Carleton Reynolds was quick to wax lyrical over.

“It was a really positive day and everyone interacted,” she said, while revealing all 120 or so present would now form part of the Older Persons Council.

“What we are looking for now is expressions of interest from people to form part of the executive.”

It is anticipated once enough suitable submissions have been received, the executive's first meeting will take place early next month ahead of a meeting with the Co Council.

Among those watching on from the floor was Killoe woman Kitty Hughes.

She said the day was one which will live long in the memory.

“I thought it was absolutely brilliant, I really did,” she enthusiastically remarked.

“You had all the different organisations there, from the Health Board, Granard Active Age Group, Resource Centres, so that people were made aware of the facilities which are around them.”

Aside from the educational side to the event, Ms Hughes opted to heap praise on those behind its staging.

“It was a super information day that was delivered in a really positive atmosphere,” she said.

“The whole thing was so efficient from start to finish and a lot of that is down to Mary Carleton Reynolds who is a mighty organiser.”