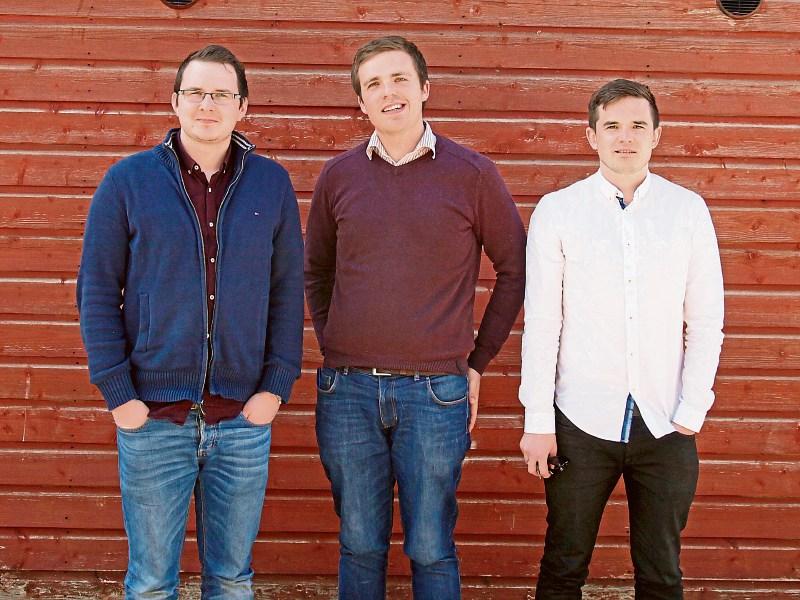 One of Longford's fastest emerging start-ups is hoping the addition of private investment will allow it to create up to 10 new jobs.

And what's more, the brains behind Huddl - a social transporting network aimed at making shared transport more easily accessible for commuters - want to give those jobs to ambitious, young Longford graduates.

College friends Brian O'Rourke, Alan Farrelly (both from Kenagh) and Sean Byrne (Toome, Ballymahon) have big plans for a concept Brian suddenly conjured up while preparing for his finals in Business Studies at DCU.

“I was in my final year in college when I had this brainwave while completing a project,” he said.

Commuters who want to make their journey to work easier contact the Huddl website and outline their current commute.

Once those initial details are analysed and matched with similar 'huddlers' nearby, commuters are subsequently matched with an approved local bus operator.

“It's all about crowd sourcing,” Brian added.

“People log into our site and enter their journeys they are making to and from work and then when there is enough people in a certain area a private bus gets 'crowd sourced' to bring them to and from work at a time that suits them and which is also direct.”

Sitting in Cooney's Hotel in Ballymahon on Saturday, the trio certainly had little difficulty in talking up Huddl's various business credentials.

“We all have different roles but then we end up doing everything as well,” continued Brian.

“Even when Sean is doing the software end of things, he is often supporting the admin end of things and when Alan's not doing sales and marketing, he is out driving buses.”

That all inclusive approach is one that has served them well, not least in the firm's 'Best New Business Idea' in Longford's 'Best Young Entrepreneur of the Year' competition.

Now the former Mercy Secondary School students are planning to use whatever finance they can acquire through 'angel' and venture capital means by reinvesting that into Longford's local economy.

“There is an awful lot of smart people in Longford,” said Alan.

“You go up to Dublin and some of the best lawyers and doctors are actually Longford people.

“We are looking for the brightest and best graduates.

“What we want is some of those Longford people who are finished college in May to come in with us for at least two or three months and see how they get on.”

Ahead of those plans, the group will be hoping to use the anticipated arrival of 'angel' funding and private investment to hasten its expansion into other Irish cities, the UK and further afield.

Check out huddl.ie for more.