Despite his heavy involvement in local organisations, the late Mick Cahill's greatest source of pride was his family 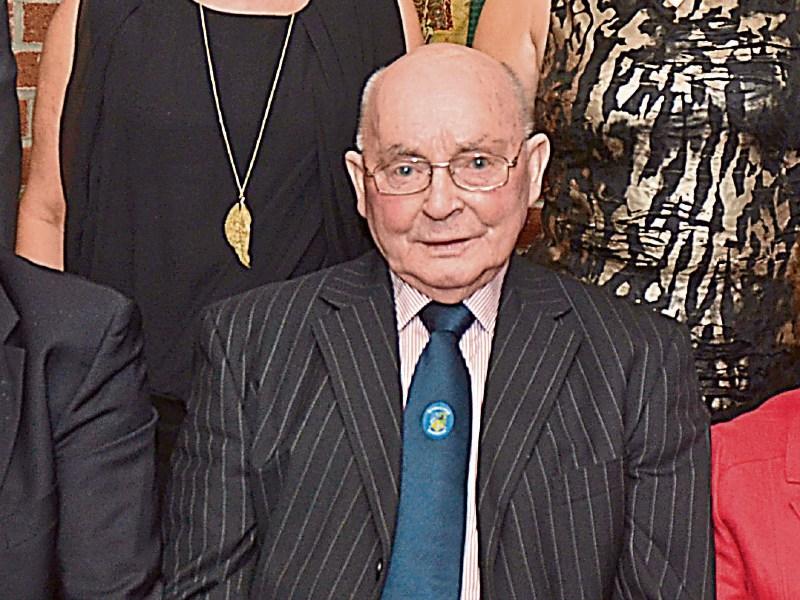 There was great sadness this week as news circulated of the death of Michael (Mick) Cahill of Tenelick, Colehill.

In his 87th year, he was the patriarch of a well known and respected South Longford family and in an eventful life, he devoted himself selflessly to three of the great Longford institutions: GAA, Bord na Móna and Fianna Fáil.

Mick always referred to the year of his birth, 1929, as the ‘Year of the Crash’. These were hard times and so it was with great enthusiasm that he immediately took up on the offer to join the fledgling semi-state Bord na Móna, at just 14 years of age.

It meant an arduous cycle morning and evening of approximately 17 miles to the Mountdillon workshop on the edge of Lanesboro, but he made little of the trip as he did the other challenges that came his way in life. A great family man, he soon found himself another family in Bord na Móna and as he rose to the rank of gangerman he was held in the highest of esteem by all who knew him in the business. It was also a great source of pride for him that two of his sons, Pat and Cllr Mick, continue to work with Bord na Móna.

The great love of his life was Eileen Egan from Forgney and they recently celebrated sixty happy years of marriage. They were devoted to each other and were the best of friends throughout their time together. In latter years they revelled in the successes and achievements of their band of grandchildren. It was a huge source of pride for Mick which his grand-daughter, Síona, was elected National Vice President of Equality & Citizenship with the Union of Students of Ireland (USI). He was a great role model for the grandchildren and indeed young people throughout the parish. Whilst the recent marriage referendum clashed with a family wedding he made sure to rally the family and ensured that they all called in to vote ‘Tá’ on route to the reception. He was a man who took civic duty and responsibility very seriously.

Mick was a devoted Fianna Fáil man all his life and over the years would have probably served in every post with his local Carrickedmond Cumann. In later years he delighted in the election of his son Mick to the local authority , whilst he would also have been a huge supporter of Albert Reynolds.

Whilst he wasn’t a footballer himself, the late Mick was a staunch GAA man and he helped form the now defunct St Martin’s club with the late Sean Murray and the Beltons from Kenagh. It was a famous Kenagh and Carrickedmond amalgamation and when that alignment folded, he was one of the founding members of the Carrickedmond club. He remained fiercely proud of the family connection with the club and in latter years delighted in the appointment of his son, Pat Cahill, as chairman of the Co Board, and then the emergence of several grandchildren as footballers of note – most notably Michael and Pat Cahill Jnr.

Whilst the GAA, Fianna Fáil and Bord na Móna have been front and centre in his life, his greatest achievement and source of pride remained his family. He was a devoted husband and father and whilst the family can bask in the warmth of the love and affection expressed for Mick in recent days, his passing will leave a huge void.

He was also a man of deeply held faith and in latter months as his health deteriorated, he was a wonderful example of the great faith and belief that has stood to this nation in times of darkness and despair.

Michael (Mick) Cahill passed away on Sunday evening at his residence and was surrounded by his devoted and heartbroken family. He is survived by his wife, Eileen; daughters Dympna, Mary, Josephine and Teresa; sons Mick, Pat and Brendan; nieces Marie and Eileen; nephew Oliver; daughters-in-law, sons-in-law, sister-in-law, Dympna (USA), grandchildren, relatives, neighbours and a wide circle of friends.

His remains reposed at the residence of his daughter Teresa in Colehill, and the huge numbers that attended there and the funeral Mass in Our Lady of Lourdes Church, Abbeyshrule on Tuesday, was an indication of the huge respect and admiration for the deceased. May he Rest in Peace.