Sorrow at passing of Bertie Moorhead 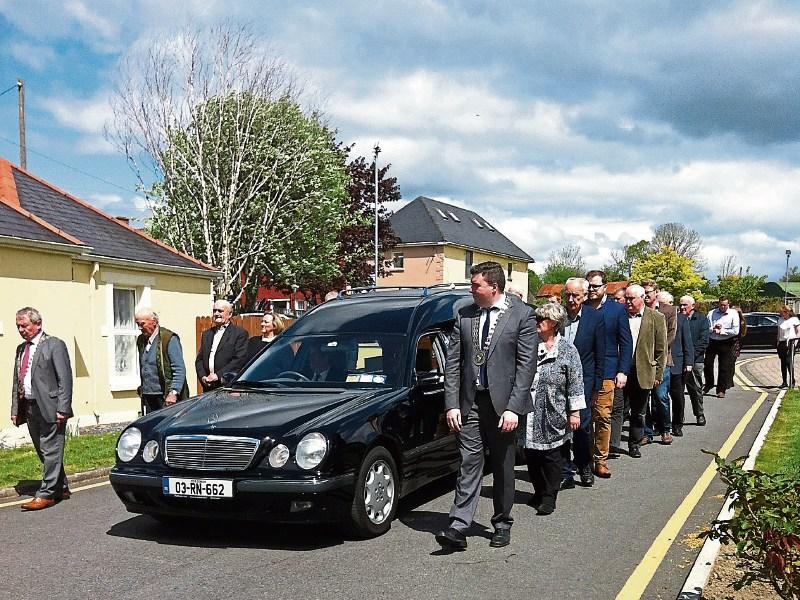 There was a deep sense of sadness throughout the county last week when it emerged that Bertie Moorhead, Rhyne, Killoe had passed away on May 16, 2016.

Bertie was very well known in local political circles having served as a local area representative on Longford Co Council throughout the 1970s.

Starting out as a Fine Gael representative, Bertie served alongside many of the greats including Mickey Doherty (FF) RIP; the late Albert Reynolds and Joe Kelly (RIP).

Indeed it can be said that there was great political rivalry between Bertie and Mickey who both served in the same locality and who were both passionate about politics and the communities in which they lived.

Bertie later became an Independent and continued to win many a hard fought election throughout the 1970s.

The late Bertie Moorhead was also very well known and widely respected in the farming community.

A highly-regarded cattle dealer, he was known the length and breadth of the country and held close affiliations to Skibbereen in Co Cork and its people.

Regarded as a colourful and honest man, Bertie ran his farm in Killoe for a long number of years alongside his brother Willie.

Bertie Moorhead was laid to rest in the adjoining churchyard at St Catherine’s Church, Killoe after Funeral Mass on Tuesday, May 18.

He is deeply regretted by his sister-in-law Hazel, nephews, nieces, relatives, friends and neighbours.