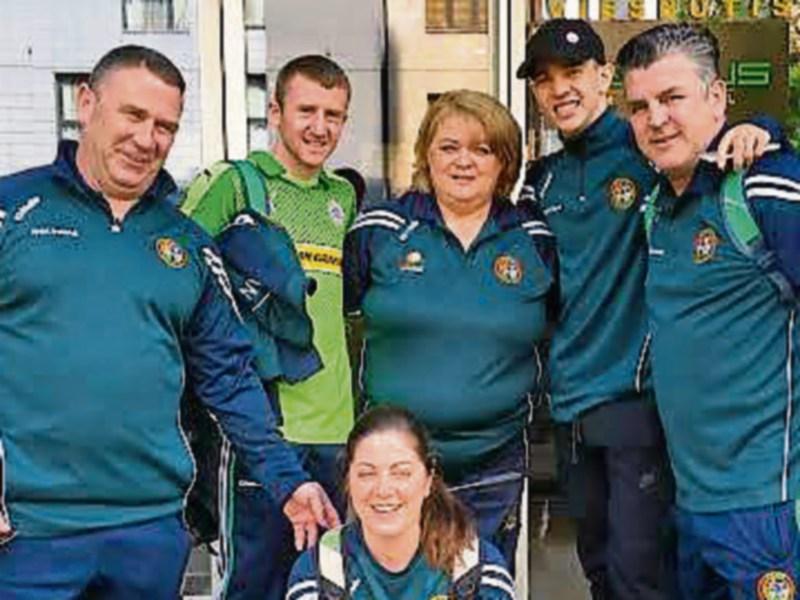 A Lanesboro woman made history last week when she became the first female manager of the Irish Men's Elite boxing squad.

Bernie Harold took charge of the team for the Socikas Tournament held in Kaunas, Lithuania from May 17 to 21.

“The team included Paddy Barnes, who has two Olympic bronze medals, and Michael Conlon, who won bronze at the London Olympics. He's also the first man to win the World Boxing Championship,” she explained. “Both have qualified for Rio. Joe Ward had a virus so he couldn't take part.”

The competition had its highs and lows for the Irish, with Conlon having to withdraw after receiving a facial injury.

“He was fighting a Moldovan boxer who was very dangerous with his head – I was screaming at the referee, which is something I never do,” Bernie said.

“Their heads clashed and I could see blood streaming down Michael's face; there was no way he could go forward. He spent four hours in hospital afterwards.”

The upshot was that her other charge, Paddy Barnes, went on to claim a gold medal.

“He hadn't boxed for two months so he was slow to start when he faced Gabriel Escobar from Spain,” Bernie revealed. “He met another Spaniard in the final and he won that very decisively.”

Bernie admitted the experience was quite unlike any other.

“It's a whole different level to club or provincial boxing,” she said. “The idea of this competition is that there's good sparring for boxers going to the Olympics, while others can qualify for the tournament through it.”

Asked about her lifelong involvement in the sport, she laughed , saying: “I'm a long time breaking the mould!

“I was the first woman in Europe to qualify as a judge back in 1976 and I became the Irish Amateur Boxing Association's (IABA) first employee devoted exclusively to boxing. I'm also a member of IABA's board of directors and chairperson of their national sub-committee for women's boxing.

“I spent over 20 years away from boxing before returning four years ago.”

Having been elected President of IABA's Leinster Council last year, Bernie revealed one of her main aims is to increase the participation of women in the sport.

“There's a sparcity of women coaches and judges,” she pointed out. “I want to change that and it's part of my manifesto.”

Bernie also hasn't ruled out seeking a job at national level at the end of her tenure.

“I will consider running at national level but I haven't decided just yet.”