Táin March to arrive in Longford next Monday 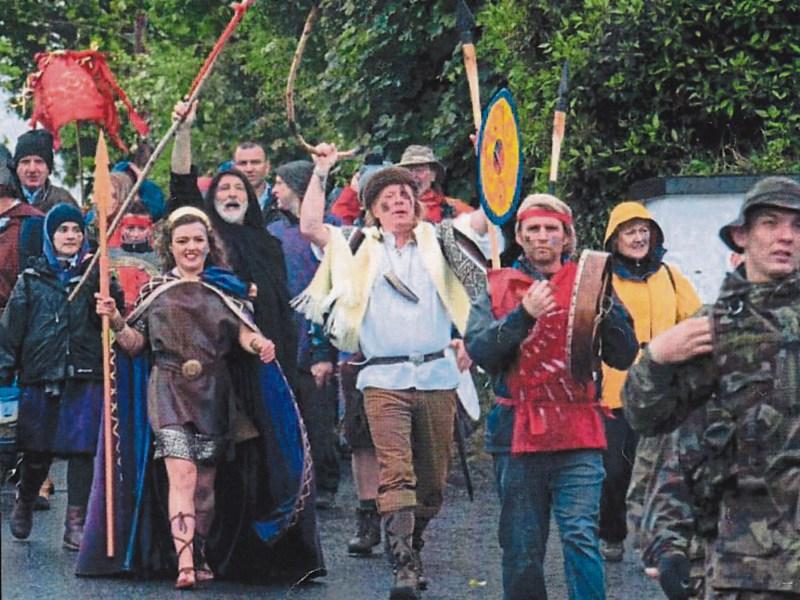 The Táin March, now in its second year, is set to pass through Longford next Monday, May 30 as it makes its way from Rathcroghan, Co Roscommon to Omeath, Co Louth to walk in Queen Maeve's footsteps.

Marchers will be welcomed for celebrations in Clondra, Longford town, Ballinalee and Granard, with each community organising their own small welcoming party.

A spokesperson for The Táin March Festival explained: “This year we offered free workshops to the children of fifth and sixth class in national schools in Clondra, Longford town, Ballinalee and Granard.

“The children have, over the past number of weeks, been preparing for participation in the march in Longford town and other celebrations locally. Ann and Annette from Creative Ardagh have delivered the workshops to the children at the national schools. The ladies have familiarised the children with the story of 'The Táin', the ancient Irish epic of Queen Maeve, her warrior army and the famous brown bull of Cooley.”

The spokesperson also revealed that the children learned how to make basic costumes with shields and swords which they will don on May 30 and 31.

The march will arrive into Clondra at approximately 10.30am on Monday morning, May 30. It will stop for approximately 15 minutes with the children of Clondra National School. They will continue to Longford Town where they will meet the children of St Emer's National School at Annally Car Park at approximately 1pm. Anyone else wishing to join the march can also meet here. The group will march through Longford town to the Market Square at around 1.30pm, where there will be food, music and storytelling.

Longford's “Queen Maeve”, who has already been chosen, will lead the march and following the party on the Market Square, she will lead the group out of town at approximately 2.30pm in the direction of Ballinalee, where they will end the day by celebrating in the Stag's Head.

The march will set off again from Ballinalee village at approximately 9.30am on Tuesday, May 31 after meeting the pupils of the local National School. They will then continue on towards Granard, where they will be met by local schoolchildren at approximately 12.30pm.

For more information on The Táin March Festival, which runs from May 28 – June 6, visit http://www.tainmarch.ie/