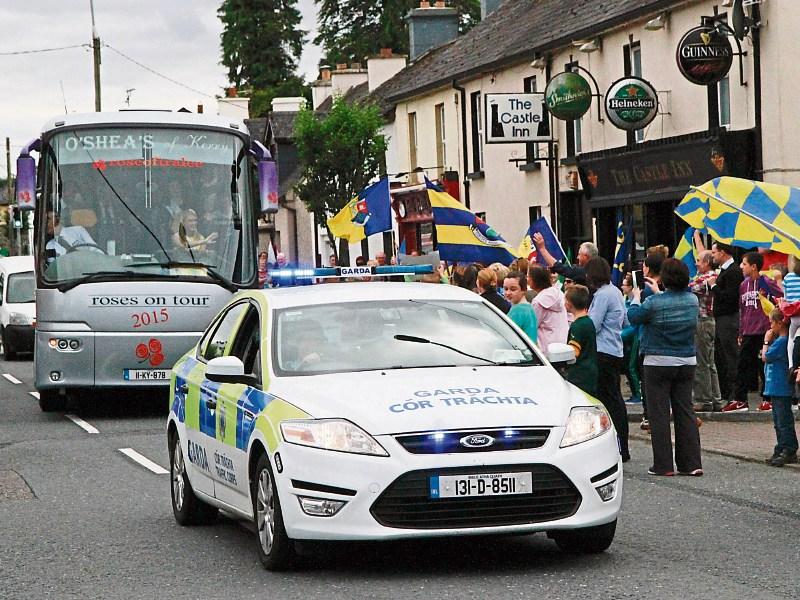 This Saturday night, May 28, 13 contestants will vie for the title of Longford Rose in the 2016 Longford Rose contest in the Longford Arms Hotel.

Local band Brave Giant will also be performing at the event which looks set to be a great night.

Writing in this week’s Longford Leader, the outgoing Longford Rose Daphne Howard looks back on what she calls “the best year of my life”

“Reflecting on my year as Longford Rose, I have had so many highlights and wonderful experiences,” she writes.  “Becoming the Longford Rose to me meant so much more than just a sash, more importantly, I was given an opportunity to represent my beautiful county and people.”

Although the year had many highlights, Daphne says she will always remember the reception the Roses  received when the Rose of Tralee tour bus stopped in Newtownforbes.

“ As we approached the village, the posters and banners along the roadside, which were the talk of the country, filled me with encouragement,” she recalls. “ The crowds that lined the street to support me on my journey was overwhelming, so much so that the other Roses on the bus mentioned it in their interviews as the epitome of what it means to be a Rose. On that day, it no longer mattered about ‘winning’ the Rose of Tralee, instead my aim from that point on was to make my county proud and to represent the people of Longford to the best of my ability.”