Longford District Court: Judge tells man to 'cop on' to himself 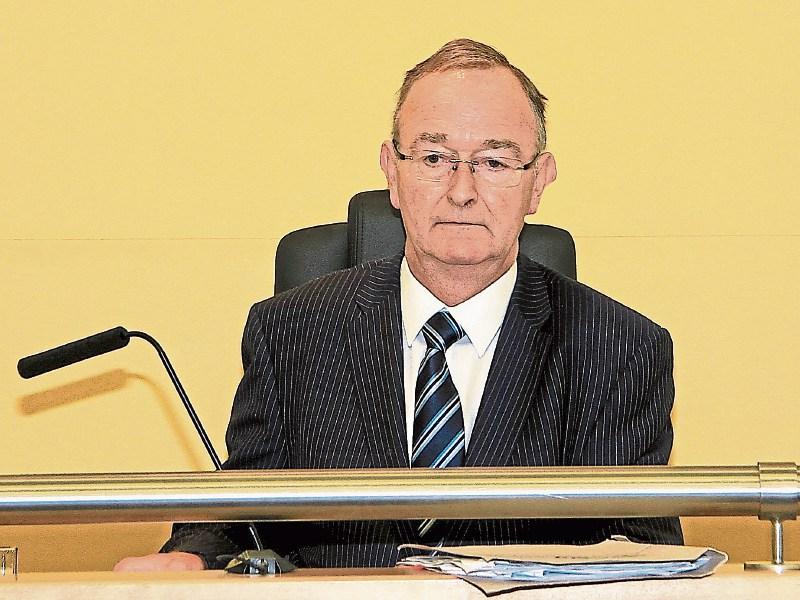 Judge Seamus Hughes has told a man struggling to overcome an alcohol problem told to “cop on” to himself and turn his life around before it’s too late.

The warning was one the Judge issued to Lee Goodchild, of 25 Lisbrack Road, Longford after it emerged three bench warrants were presently out for his arrest.

The Longford based sergeant also told the court of an incident involving the accused less than 24 hours beforehand.

He said shortly after 7pm gardai received a call to attend O’Connor Park in Longford town to deal with a man allegedly causing a disturbance.

When Sgt McGlynn attended the scene, he said he observed Mr Goodchild in an intoxicated state.

He also revealed the accused was “staggering” and had “bloodshot eyes”.

“Not a bad fella”

He also revealed the 24-year-old had amassed seven bench warrants in the past, but was not a major target for gardai.

“He was trying to do good by himself but unfortunately fell off the wagon last night.

“He was highly intoxicated.”

“This man is causing awful trouble for mostly petty offences,” he said.

The court was told by Mr Goodchild’s defence solicitor that he had attempted todeal with his drink related issues by spending 14 weeks in Cuan Mhuire-an alcohol and drug addiction treatment centre.

Judge Hughes was further told Mr Goodchild had been accompanied to court by his mother, who was willing to take him in provided he stayed sober.

Mr Goodchild admitted his drink problem to the Judge, saying he also has medical issues.

“I do take medication, but when I am drinking I don’t”, he told Judge Hughes.

His mother followed that up by revealing the extent of her son’s problems.

“When he is at home he is like a pussycat, but when he gets out and gets drink he is uncontrollable,” she said.

“He wanders and goes missing.”

Asked by Judge Hughes how often he went missing, she said it was hard to quantify.

“I can’t keep up with the amount of times,” she added.

“He goes missing for days.”

Despite remarking on Mr Goodchild’s sturdy stature and describing him as a “fine, young fella” Judge Hughes snapped: “You had want to cop on to yourself otherwise you will find yourself in the bottom of a drain some place.

“Take your medication and get off the drink.

“You spend three months in Cuan Mhuire, what kind of a fool are you?”

After learning Mr Goodchild had been a keen rugby and soccer player, he suggested one way of curbing his fixation on alcohol might be best served by re-igniting that interest.

“Why don’t you get back into it? Judge Hughes asked.