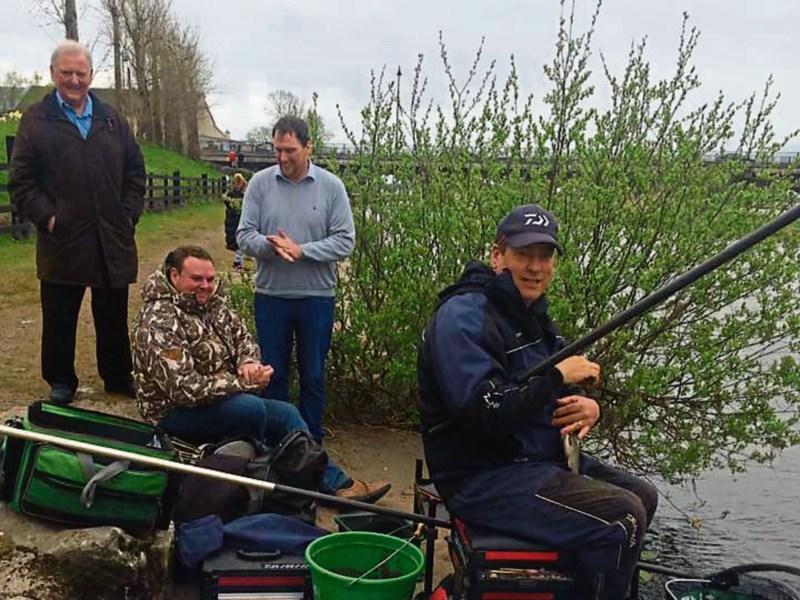 A World Angling Champion has endorsed Lanesboro's top coarse fishing venue and encouraged anglers from all over Europe to attend this year's International Coarse Fishing Festival on the banks of the Shannon.

Cathal Hughes, from Galway, was one half of the winning duo in the World Pairs Angling Championship on two occasions, and was on hand to launch the big competition, with €3000 in prize money, which takes place from Saturday, June 4 to Monday, June 6.

Cathal also took some time out to tutor young local anglers on the banks of the Shannon.

Festival Director Philip Gordon explained, "We are going with a three day festival this year so we ca1n involve three local venues."

Mr Gordon added, "This includes the hot stretch at Lanesboro, a popular river venue north of that at Kilnacarrow bridge and a lake venue at Strokestown. The competition will carry €3000 prize money as last year and again we are containing it to 42 pegs. The cost is €25 for the three days and it is on a first come first served basis at the moment. There are now less than five pegs left."