Michelle running for a cause close to her heart

Michelle Shaughnessy raises €6,148.81 in memory of her late father 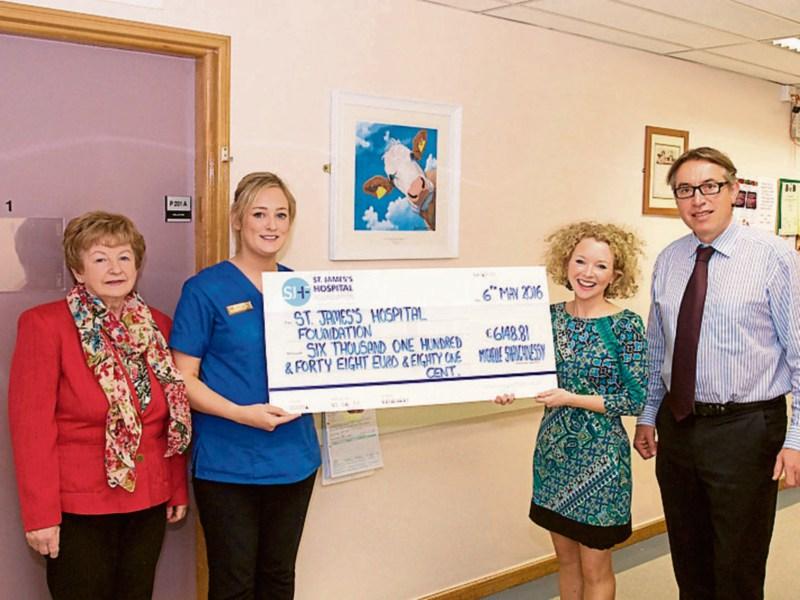 There was elation, having crossed the finish line and raised €6,148.81 for cancer care in St James’s Hospital. There was also sadness, as she remembered her late father Mickey Shaughnessy, Graffogue, Ballinalee, in whose memory she ran the race.

Michelle reflected, “Daddy, unfortunately lost his battle with cancer and passed away so peacefully in St James’s and we will always be so grateful to this hospital for the dignity, care and respect they allowed him.”

Known the length and breadth of the country, Michael ‘Mickey’ Shaughnessy, husband to Kathleen and father of Gerard, Ronan, Raymond, Patricia and Michelle, was a hard working farmer and cattle dealer and he passed to his eternal reward on February 21, 2014.

Michelle explained that St James’s Hospital contacted her directly and discussed where specifically she wanted her funds donated to.

“There will always be a particular ward that a person who has an affiliation with a hospital, will have a special bond with. The one I held closest to my heart was Private Three Ward, whose nurses, doctors and consultants took such exceptional and wonderful care of my father when he was fighting his cancer.”

Michelle, accompanied by her mother Kathleen, presented the €6,148.81 she raised from her marathon run to Nurse Orla McNeill and Fiachra O'Riordan, Director and CEO St James`s Hospital Foundation.

“They invited me in to discuss what specific equipment they urgently needed for their ward,” outlined Michelle, adding, “they also showed how my funds would purchase equipment for the ultimate benefit and support of other Cancer Care patients on this ward.”

A further cheque for €1,685 was presented to St James`s from a Shave or Dye campaign organised in Longford with the help of Marion Prendergast and Jo Purkish.

Both donations were made in memory of the late Mickey Shaughnessy.