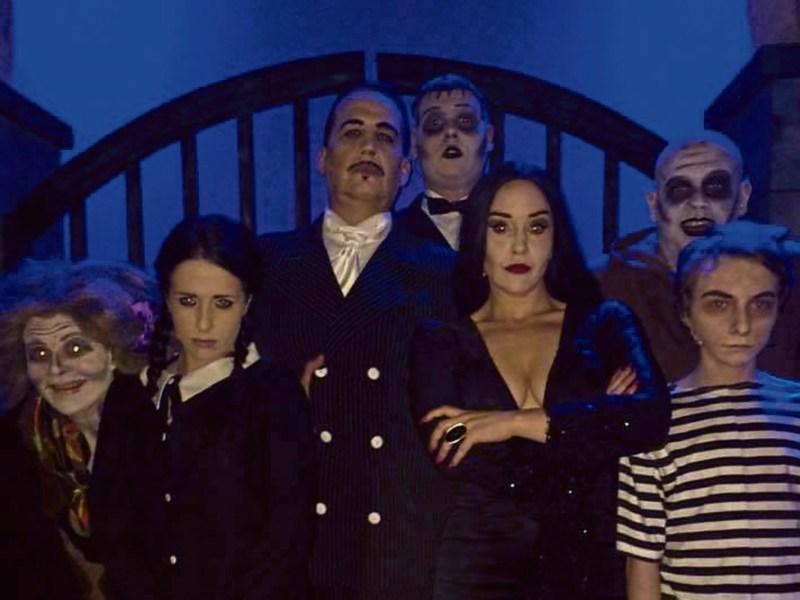 From the iconic opening finger clicks right to the last chorus, St Mel's Musical Society hit all the right notes with their 2016 production 'The Addams Family'.

With a relatively small cast, the show still managed to make a big impression, with plenty of gasps, laughs and applause drawn from the audience.

Centring on the spooky Addams Family - the loved-up Gomez and Morticia and their children Wednesday and Pugsley - the musical saw the family meet Wednesday's boyfriend Lucas Beineke and his parents Mal and Alice.

When the normal and abnormal - depending on which way you view the situation - worlds collide, much hilarity ensues, but, as it tends to do, love prevails.

Tony Wadd shone in his portrayal of loving husband and father, Gomez, and was one of the standout stars of the show. Janice Gibney's return to the stage, meanwhile, was nothing short of triumphant as the family matriarch, Morticia.

Lindsay Clyne and Sean Rooney were well paired as Wednesday and Lucas; particularly when it came to their excellent vocal performances, while Lindsay's interactions with Iarlaith O'Rourke, who played her younger brother, Pugsley, had the audience in stitches.

Lucas' parents were ably portrayed by Valerie Nolan and Michael O'Driscoll, both relative newcomers who have certainly found their feet on the stage, if their performances in April were anything to go by.

Of course, the prinicipal actors were backed by a sublime chorus of 'ancestors' who played a key role in delivering another huge success for the local Musical Society.

Vocally, this may have been the strongest show yet for the group, with hair-raising harmonies befitting the spooky theme.

Choreography too, was strong, and as one has come to expect from a St Mel's Musical Society production, the set was truly a sight to behold.

Producing a new show to their loyal local audience may have been a risk for the group, but it's one that paid off!