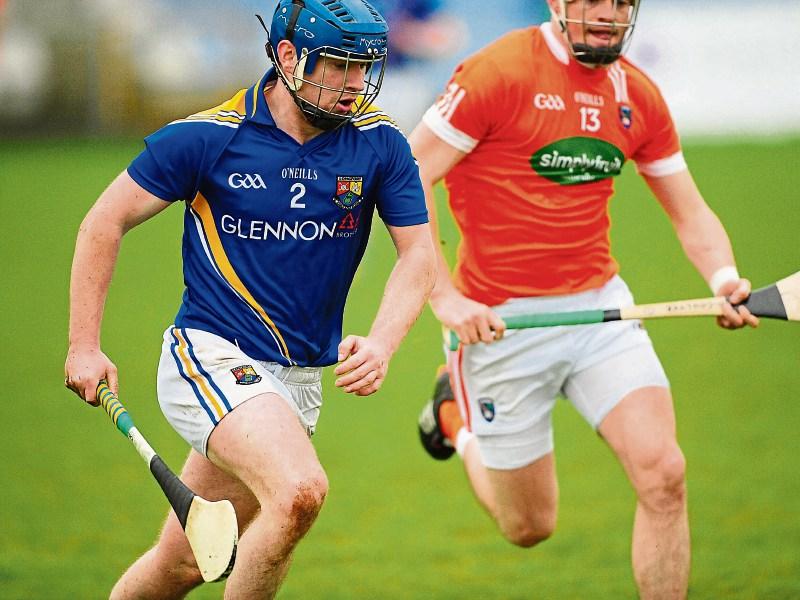 In the end eleven points separated the sides but the scoreline isn’t a true reflection of this game because for long periods Longford really put it up to Armagh in the Nicky Rackard Cup quarter-final at Glennon Brothers Pearse Park on Saturday last.

In the 52nd minute when Joe O’Brien hit over his sixth free of the game there was just one between the sides but try as they might that was the closest Longford got to Armagh and in the final 10 minutes the Ulster side pulled away.

When midfielder Stephen Renaghan scored Armagh’s second goal in the 60th minute the lead was six and Longford couldn’t tag on further scores. Corner forward Conor Corvan got a third goal for Armagh just before the final whistle to put a real gloss on the scoreline.

Longford, without key players Bart Hanley and Patrick Walsh, made a fine start to the game and two frees from Joe O’Brien gave them an early two point lead.

A fine Declan Coulter point gave Armagh their first score before O’Brien hit over frees either side of a Conor Corvan point to put Longford ahead by two again in the 13th minute.

The Orchard County then took a hold on proceedings and three points in a row edged them in front for the first time in the 15th minute. Twice they went three points ahead but Cathal Mullane (2) and Joe O’Brien (free) kept Longford in the game. Just before half-time Peter McKearney put four between the sides; 0-11 to 0-7.

Coulter got the first score of the second half to extend Armagh’s lead to five points in the 37th minute. After not scoring since the 29th minute Longford got a much needed score in the 40th minute; Joe O’Brien’s effort was broken down by the Armagh keeper Simon Doherty but the ball fell into the path of Keelan Cox and he made no mistake in getting Longford’s first goal.

Points were then traded between Coulter and Cathal Mullane before Armagh restored their five point advantage in the 46th minute when Coulter raced through and blasted to the net. Paddy Farrington replied for Longford but it was five again in the 47th minute when Conor Corvan pointed.

Longford kept with Armagh and in the 50th minute Joe O’Brien capitalised on some hesitancy in the Armagh defence and he pounced to finish the ball to the net and the gap was two again. Two minutes later there was just one between the sides when O’Brien hit over his sixth free of the game.

But that was the closest Longford were to get to Armagh. Declan Coulter was on target again to leave two between them and then Ryan Gaffney (free) extended the visitors lead to three.

Paddy Farrington and Cathal Mullane got on the scoresheet for Longford but as the game entered into the final 10 minutes Armagh started to pull away with midfielder Stephen Renaghan getting their second goal in the 60th minute.

Gaffney fired over more frees before Corvan got the third goal for Armagh right at the end as Longford made their exit from the Nicky Rackard Cup Championship.