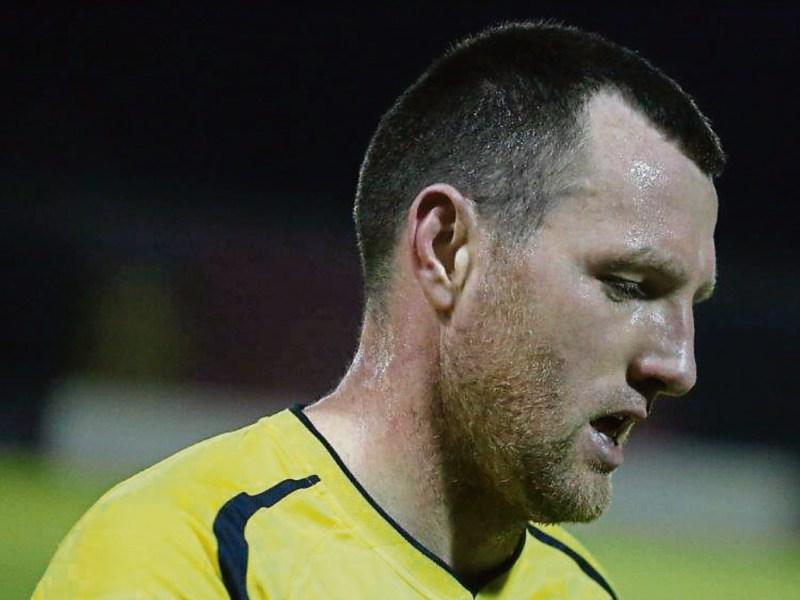 Struggling in the Premier Division this season, there is still hope for Longford Town who staged a great comeback to snatch a vital point in the draw against Galway United at Eamon Deacy Park on Friday night last.

Two goals down in what was looking like a lost cause going into the second half, Longford showed a lot of character to rescue the situation with Josh O’Hanlon scoring in the 60th minute and the same player was responsible for the shot that was deflected into the net by Galway keeper Conor Winn for an own goal in the 69th minute.

The home side were stunned and tried to get back into the game and in the 80th minute they thought they had a penalty when Marc Ludden was taken down in the box but referee Paul McLaughlin waved away the penalty appeals.

Just two minutes had gone in the game when Galway broke the deadlock; Enda Curran found Vinny Faherty and he lobbed the ball over Town keeper Paul Skinner into the net. Gary Shanahan had a chance minutes later but Longford defender Mark Rossiter blocked his effort.

In the 8th minute the Town had a chance but David O’Sullivan blasted his shot over the bar after connecting with a Kevin O’Connor’s corner.

On the half hour mark Galway scored a second goal when Enda Curran hit the target after latching on to a corner kick taken by former Town player Ryan Connolly. And the home side were happy to sit back on the cushion of that comfortable lead until half-time as the deflated visitors offered nothing in terms of goal threats.

But Tony Cousins’ approach to the second half was a lot different and he moved David O’Sullivan up front to partner O’Hanlon. The latter was lively but wasted a good chance in the 56th minute when he really should have done better. Defender Noel Haverty then forced Winn into making a fine save as the Town finally began to make an impact.

In the 60th minute O’Hanlon found the back of the net as he capitalised on poor Galway defending to head past Winn and that spurred the Town on in the search for the equaliser.

A header from Longford centre half Pat Flynn minutes later caused Winn problems and he dropped the ball but Connolly was able to clear the danger.

But the Town got back on level terms in the 69th minute courtesy of the own goal credited to Galway keeper Conor Winn. Josh O’Hanlon’s shot struck the post and hit off Winn as the ball ended up in the back of the net.

It was a shattering blow for Galway who felt they should have been awarded a penalty in the 80th minute when Ludden was taken down in the box but the referee waved play on, much to the anger of the vociferous home supporters among the 1,176 attendance.

Galway kept pressing for the winner and in the 87th minute Vinny Faherty set up Gary Shanahan but his shot just went wide of the post. Then in the 90th minute Town defender Conor Powell (back in action after injury) saved his side from another defeat when he cleared Ruairi Keating’s effort off the line.

Town keeper Paul Skinner made a save from Shanahan in stoppage time as the midlanders held out a draw, a great result after being 2-0 behind, and a boost for the confidence ahead of the clash against Shamrock Rovers at City Calling Stadium on Saturday night next.