Nicky Rackard Cup - Round 2B 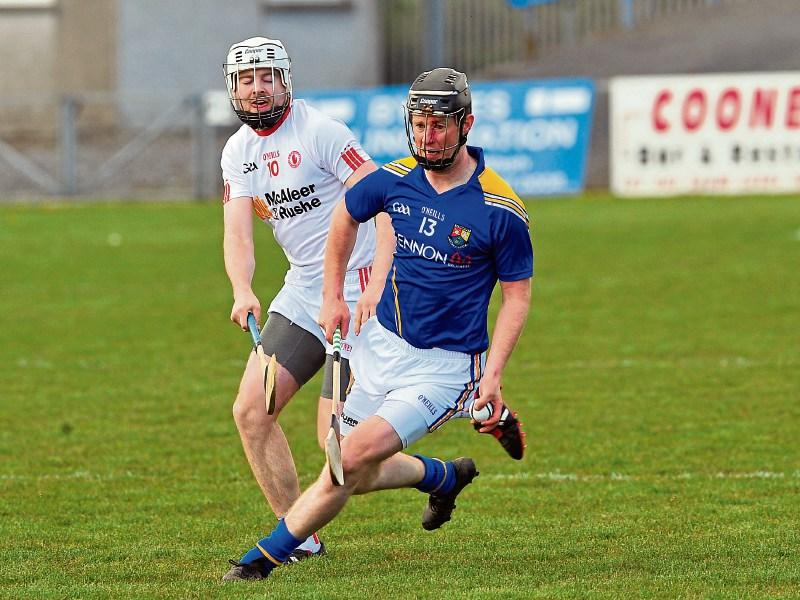 The lethal full-forward-line of Joe O’Brien, Paddy Farrington and Cathal Mullane played a major role in Longford’s excellent win over Tyrone in a high scoring thriller at Glennon Brothers Pearse Park and they now meet Armagh in the quarter-final of the Nicky Rackard Cup Senior Hurling Championship at the same venue on Saturday next.

The deadly trio of O’Brien (0-9), Farrington (2-3) and Mullane (1-3) clocked up the most impressive total of 3-15 between them and no matter what happens now Longford’s Nicky Rackard Cup status is secure for another season.

Great credit is due to manager Ray Gavin and his players for the progress that has been made. And while the county hurlers will believe that they can advance a stage further in this year’s championship with home advantage again they are facing a difficult task against a strongly fancied Armagh outfit (winners of the Division 2B league title this season) in the bid to spring a surprise.

But there is no pressure on Longford whatsoever as they enter bonus territory and they deserve greater support for their efforts. A sparse attendance of around 40 gathered at a near deserted Pearse Park on Saturday last for the Round 2B clash between the first round losers and it was Tyrone who set the early pace to race into a 1-2 to 0-1 lead.

But a couple of goals in quick succession from Paddy Farrington in the 9th and 11th minutes proved to be a great boost for Longford who ended up leading by 4-10 to 3-9 at half-time following a rollercoaster of a first half that was very exciting stuff, to say the least.

Tyrone had battled back in closing the gap to a solitary point but the home county refused to panic and two more goals followed from Kevin Conneely and Cathal Mullane in the 27th and 28th minutes to establish a fairly firm grip on a pulsating encounter.

Six of Longford’s ten points in the first half were fired over by Joe O’Brien (four from play), along with a brace from Cathal Mullane, while Kevin Conneely and wing back Patrick Walsh also shot over the bar.

It was hardly a surprise that the sides were unable to maintain the same high tempo on the changeover but Longford were doing enough to stay ahead. As it turned out, another 16 points were shared with Joe O’Brien converting three frees while Paddy Farrington slotted over three more scores (all from play) for the deserving winners.

Cathal Mullane and Paddy Corcoran opened and closed the scoring in the second half and it was a very pleasing overall performance from Longford with defenders Gerard Moore and John Mulhern clearing the danger when Tyrone were piling on the pressure in the closing stages.