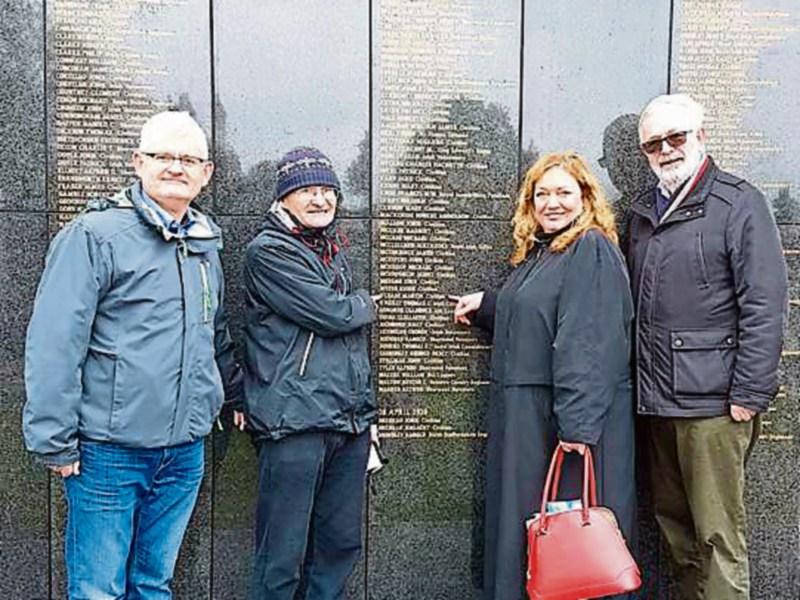 Dubliner Martin O'Leary was shot by the British Army while on his way home from Guinness’ Brewery where he worked.

He was married to Marcella and the couple had eight children.

At the time he was endeavouring to check up on his family but when he came to a bridge in the capital’s city centre with no pass to cross over, members of the British forces shot him dead.

When he was later recovered, his boots were missing and the family now believe that because of the scarcity of them at the time, they were stolen shortly after his death.

Meanwhile, Judy remembers the stories that were told over the years about her great grandfather.

Her father spoke about it on a regular basis, but despite that, the family have learned even more in in recent times about the man who was shot and killed at Lower Mary Street on Thursday of Easter week, 1916.

Martin’s name has also been included on the remembrance wall at Glasnevin Cemetery.

“He worked in Guinness and was on his way home to check on the family when he was shot,” Judy, who worked as a teacher at Killoe NS for over 30 years, continued.

“For a long time we thought he was killed delivering a message but when we met recently with an archivist from Guinnesses, we found out that was not the case.”

The family all came together at the commemoration in Glasnevin Cemetery a few weeks ago and it turned out to be a very memorable occasion.

“We had a great day,” she added. “It is wonderful to see his name finally written in remembrance.

“We also got to meet Martin O’Leary Junior, great grandson of Martin Senior and grandson of George who was killed on October 20, 1914.

During his younger life as an engine boilerman for The Great Southern Railway Company, part of Martin’s job included being transferred to different rail depots around the country.

When he was transferred back to Dublin, the family lived at 13 Dorset Row which was part of a row of cottages that has since been demolished,

At the time of his death Martin had left the Great Southern Railway Co and was working for Guinness as an engine driver on the narrow gauge railway system in the St James's Gate Brewery.

He died as a result of a bullet wound to the thorax and his body was found lying in a shop doorway on Little Mary Street.

He was later identified by his daughter Mary.

Guinesses - in a gesture of kindness - subsequently offered 25 Pounds to the family upon hearing of Martin’s demise.