Three decades on from the deadly explosion at the Chernobyl nuclear power plant, millions of people are still living with the effects. Next month will see a group of children from the region visit County Longford 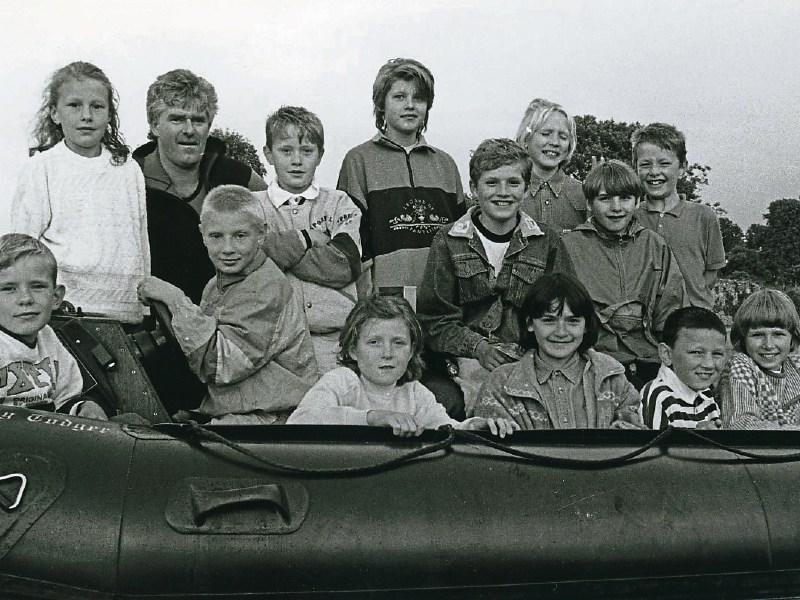 In the early hours of April 26, 1986, a disaster at the Chernobyl Nuclear Plant in the city of Pripyat forever changed the lives of many millions of people.

According to Adi Roche’s Chernobyl Children International, the accident released radiation 200 times greater than that released by both atomic bombs dropped on Hiroshima and Nagasaki in World War II. They further point out that only 3% of the reactor number four’s material was expelled in the initial accident, but that 70% of that fell onto the population of Belarus, affecting seven million people. And that was just the beginning.

The people of Ireland responded with gusto, setting up groups and societies to help those affected by the disaster and Longford was no different. Proudly pointing out that locals continue to support their endeavours, even 30 years on, Chairperson of the Longford Friends of the Children of Chernobyl, Joan McLoughlin, looked back on the events of April 1986 and the effects it continues to have on those who lived through it.

“I think it’s very important to acknowledge what caused or what started all this back 30 years ago, the terrible disaster of when reactor number four in the city of Pripyat reacted and caused devastation for not only the people in that city but for miles and miles around. It was actually felt as far away as Denmark,” she explained.

According to Joan, the inhabitants were told to leave on a fleet of buses, bringing only their identification, some cash and the clothes they were wearing, never to return again.

“They lost their homes, they lost everything and what they had left behind was looted,” Joan revealed.

“It’s still ongoing, the effect it had. While that was in the Ukraine, Belarus is next door to it and unfortunately they got the brunt of it as well. Still, there are many, many born with defects, cancer and thyroid problems are on the increase and there’s no scientific research really as to know what’s going on.”

Groups from Ireland visit twice a year, Joan stated, and she herself has just returned from a visit with nine other volunteers. It’s roughly the twelfth visit for Joan.

“My passport is running out of pages for Visas,” she laughed. “My first visit was to an orphanage in another area and I was struck by the devastation that was there,” she recalled. “Toilets were in poor condition, paintwork was in poor condition, beds were broken. Over the years, thank goodness, with the group we were able to update it and supply beds and get proper toilets and proper showers installed.”

It’s the difference that is made to people’s lives that keeps Joan going, as it can, of course, become overwhelming.

Remembering one moment from a previous trip, Joan told the Leader of the instant she knew that everyone’s efforts, in Longford, Ireland and in Chernobyl, were worthwhile.

“I always say ‘what in the name of God am I doing here, how do I find myself in this position’, but something always comes up that makes you realise that the work is worthwhile and that it needs to continue,” she began. “I remember working with the Thurles group one day because my interpreter wasn’t available. On that particular day we visited many invalids and there was one case worse than another and by mid-afternoon I was saying ‘Joan, what do you think you’re at? You can’t do anything here’.

“On the next morning we were returning home and I heard one of the Thurles group saying ‘We’ll call on a particular family to see how they’re doing’, and there was this lovely house, lovely couple and two beautiful teenagers and a wee bonnie baby of two years-old.

“Eight years ago when they visited that family it was…,” Joan trailed off, gathering her thoughts. “The mother was drunk, cooking on a few hobbled stones together and the two other children were sitting on what was a double bed with nothing else on it apart from a few rags. Dad was drunk as well in another corner and you couldn’t call it a home.

“So they helped through a friend that they could trust and gave them some assistance and as a result of that, when somebody was taking an interest in them, they got their lives together, got help and now it’s a lovely family scene. So I think I got my answer that morning why we should continue and try.”

And try they do, with generous Longford donations and volunteers allowing for groups of children to visit Ireland for a holiday every year.

“People are very generous when they know that there is a worthy cause and I’m glad to say Longford has always been very good to support us and allow us to continue to bring the children and to help the families as much as we can out there,” Joan said, before offering a sincere thanks to all the local businesses, families, individuals and organisations who have helped in any way.

On June 28, nine children and two interpreters will come to Longford. For one month, they will stay with host families (staying two weeks with each) and enjoy a wide range of activities that they may never have had the opportunity to take part in before.

“They’ll be going swimming on the Monday and a trip to the zoo is planned,” Joan smiled. “Also this year for the first time we’re hoping to bring them to the seaside for a couple of days’ break!”

While here, the children will visit the dentist and children wearing glasses will have their eyes tested and new glasses purchased, if needed. Should a child fall ill on the trip, then they will also be seen by a doctor.

“It’ll probably be the only holiday some of those children will get but it’s the highlight, and they do remember it,” Joan insisted. “This year we met a guy who is now a dad himself and he had been to Ireland. He couldn’t remember the name of the group - it was a few years ago. He disappeared, we thought he was gone home, but after about thirty minutes he arrived back with photographs to show the family and to show where he had stayed - he had them all!”

The host families, too, have an unforgettable experience, with many choosing to welcome the children to their homes year after year.

Fundraising goes hand in hand with the visits, and though the group has faced some tough times financially, Joan was pleased to report that despite economic difficulties and other needs, the country has continued to generously give what they can to aid their work.

Having recently enjoyed a fundraiser organised by another group member in the Stag’s Head, Ballinalee, Joan went on to outline some upcoming events.

“We do Church Gate collections, we get donations, we hold coffee mornings and we have the mini marathon, which is coming up and I’m delighted to say we have a group of 15 plus ladies doing the mini marathon on June 6.

“On the Saturday previous, in conjunction with the Sin Bin, we’re running a Monster Coffee Morning from 10.30am until 2pm - with fringes!” Joan laughed. “There will be somebody reciting poetry and there will be somebody singing a song during the morning. We will also have stuff for the kiddies as well, it’s going to be a family morning!

“We would be very aware that there are other needs in our own country as well but thanks to the people of Longford and the people of Ireland we always seem to come up with the goods,” Joan added, before concluding; “It’s gotten more difficult now - twice as much work for the same money, really. We have to keep thinking of new ideas in some way and not to hit any group too much but to try and target as many as we can and get a little from everybody.

“But we’re very, very grateful. People are very good with donations and supporting us.”

For more information on the Longford Friends of the Children of Chernobyl, to offer your time as a volunteer or to help out with fundraising, contact Joan on 085 8372144 or email