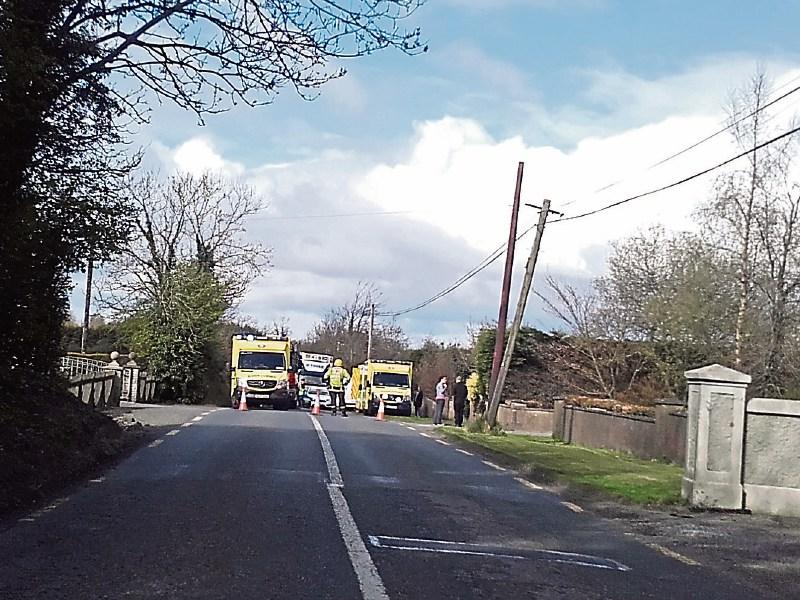 Three people are recovering this week following a crash on the outskirts of Longford town, writes Liam Cosgrove.

Two fire brigades and as many ambulances attended the scene of the incident at Cloncoose, along the Ballinalee road last Wednesday morning.

It's understood emergency services had to use cutting equipment to free at least one person from one of the cars involved.

Approach roads from a roundabout at Carriglass and the main Ballinalee road were both sealed off for a period of time as ambulance crews treated the injured.

A young child was one of those to have been caught up in the two vehicle collision, which occurred at around 9:15am.

A man and a woman were also treated for minor injuries at Mullingar's Midland Regional Hospital.

All three have since been released and are this week recovering at home.

Gardaí have since launched an investigation and subsequently appealed for anyone who may have witnessed the incident to come forward.

They especially want to speak to anyone who was travelling along the route shortly after 9am to contact them.