Longford farmers call for action to be taken on pine martens 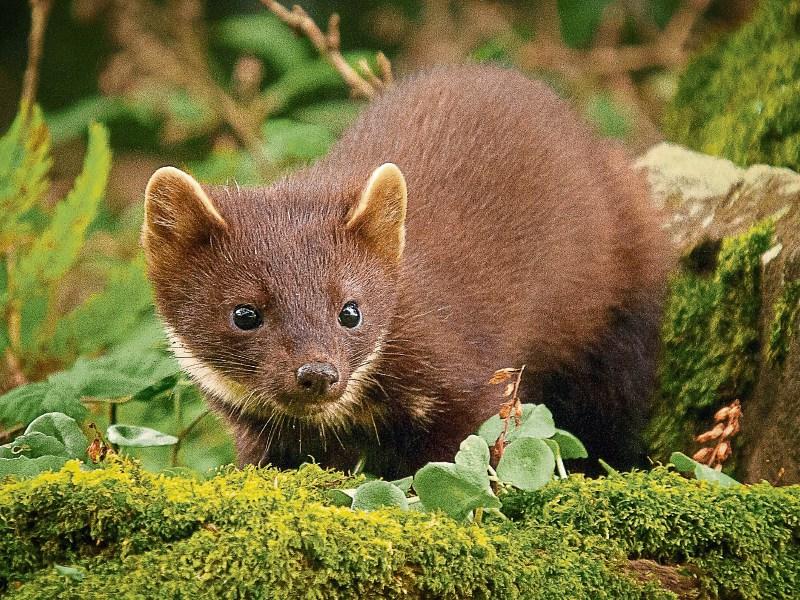 For the last two years, pine martens have been attacking and killing sheep and lambs in north Longford.

Local farmer and county councillor Paraic Brady has highlighted the issue at council meetings, but as he told the Leader this week, those pleas for help “are falling on deaf ears”.

“The pine marten has no prey to hunt it to keep the balance of nature; there is nothing to keep it in control at all in fact and that is why it is now out of control,” Mr Brady, who lost two lambs in the last week’s attack, said.

“There is nothing in nature to keep the pine marten in balance and if you look around here the habitat in the north midlands and west is perfect for it.”

Pine martens are in fact arboreal, so they will generally inhabit forests of coniferous or mixed tree types but they can be found on open rocky areas which contain scrub with good ground cover.

Pine martens are members of the mustelidae family and resemble the otter, Irish stoat and American mink.

They can be distinguished from other Irish mustelids by a number of features including their long flat pointed heads which taper off to a small black snout.

“The pine marten doesn’t just kill for the sake of its food; when it goes into another habitat it kills everything in sight; then it takes whatever it needs for food,” continued Mr Brady who was attending to injured lambs attacked by pine martens when he spoke to the Leader from his farm on Friday.

“If a fox goes into a chicken coup, he kills one hen or chicken, but a pine marten kills everything.”

And with the grey squirrel now extinct, many farmers in north Longford believe this has led to the increase in pine martens.

“Pine martens are not fit to hunt the red squirrel; rabbits are in decline, so the next thing for them it seems, is lambs,” added Mr Brady.

He believes they are also capable of hurting or killing small babies and this is an issue the father of four is particularly concerned about.

“They are in my back garden; up on top of the kids' toys,” said Mr Brady.

“A woman in her 70s from Ballinamuck rang me last week to tell me that there was a pine marten in the utility room of her house,” he added.

“It’s like the urban fox phenomenon - nothing will be done until a pine marten actually hurts or kills a child.”

Michael Quinn from Drumlish also lost three lambs last year and two more were killed in last week’s attack, while another man from Ballinamuck lost five lambs so far this year as a direct result of the pine marten.

“It’s very simple - in this particular area we can do two things; we can either introduce a capture and tagging system which will certainly determine if they are out of control or we can implement a culling policy.

“We have raised this issue at council level, but the problem is nobody is listening to us,” he added.