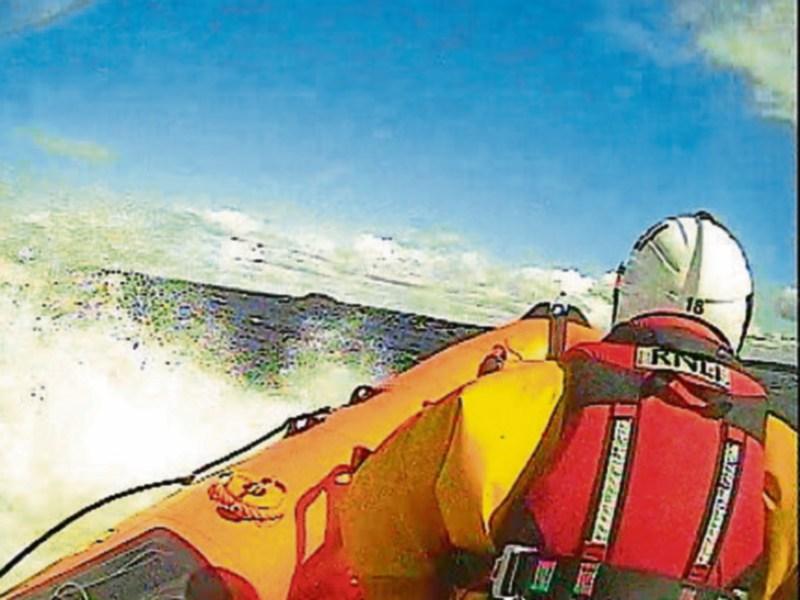 Lough Ree RNLI has released details of a rescue they took part in last week. They were called to assist four men aboard a 43-foot cruiser last Tuesday morning, April 26.  The cruiser became wedged against the protective barrier above Athlone Weir in a strong current.

The four men had been heading for Athlone Lock, when they got carried onto the weir by the current. Weather conditions were dry but windy at the time, with a strong northerly breeze adding to the effect of the current, according to the RNLI.

Lough Ree RNLI Lifeboat Helm, Kieron Sloyan, said ‘The weather conditions at the time made boat handling especially difficult. Occasionally a boat will find itself against the safety barrier at the top of the weir, even in calm conditions – the current alone is quite strong close to the weir. With the wind from the north, it’s even trickier to maintain control of a boat.’

After pulling the large craft clear of the strongest current, the cruiser’s engine was started and one lifeboat crew member accompanied the men into Athlone Lock.