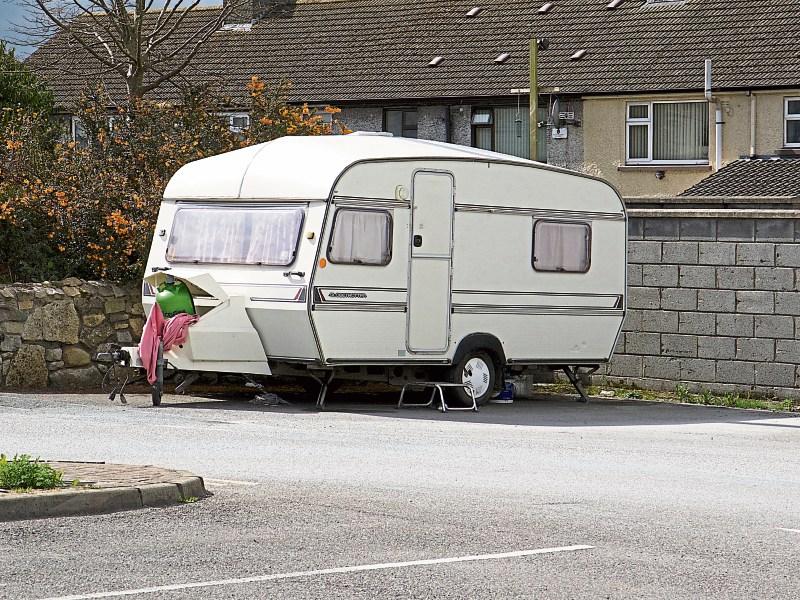 The family of an 80-year-old pensioner have claimed their grandmother has been let down by local politicians who last month called for the removal of her caravan from a Longford town housing estate.

A number of local representatives urged local authority chiefs to step in at its April meeting after a white caravan was spotted parked in the town’s Annaly Car Park.

Leading that charge was Cllr Seamus Butler who bemoaned the “millions” which the Council has already spent on improving Traveller accommodation at Willow Park.

“This is in a residential area where the good residents of Annaly Park are trying to make their way and yet this caravan is present there in a public car park,” he said.

“That is not acceptable. We (Council) have spent millions on a halting site in Willow Park in Longford and the recent refurbishment cost €1.3m so there is capacity for caravans in Longford.”

That prompted a hostile reaction from Danny Stokes, the grandson of Mary Stokes, the alleged occupier of the caravan.

In an open letter addressed to both councillors on Facebook, Mr Stokes hit out at what he claimed was an “out of sight, out of mind approach” directed against his grandmother.