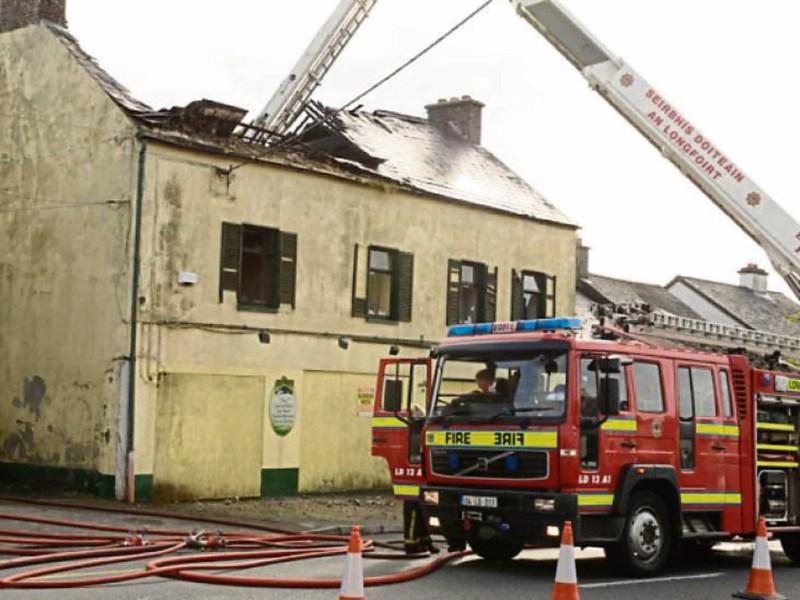 A landmark building situated in the centre of Ballymahon town exceeded expectations when it was sold at a public auction last week for €140,000.

The former Goldsmith Inn, which is essentially now just a shell after the premises was gutted by fire, garnered a significant level of attention, with up to 20 parties expressing interest.

According to auctioneer John Earley of Property Partners Earley, Roscommon, who presided over the event held at Cooney's Hotel last Wednesday, the sale is “a mark of the confidence in Ballymahon with Center Parcs on the way.”

The premises, which is believed to be one of the town's oldest buildings, dates back to the 1860s and was known as Connolly Hall before it became a public house. The building had been vacant for a time before it was effectively destroyed by a fire in the early hours of August 20, 2014.