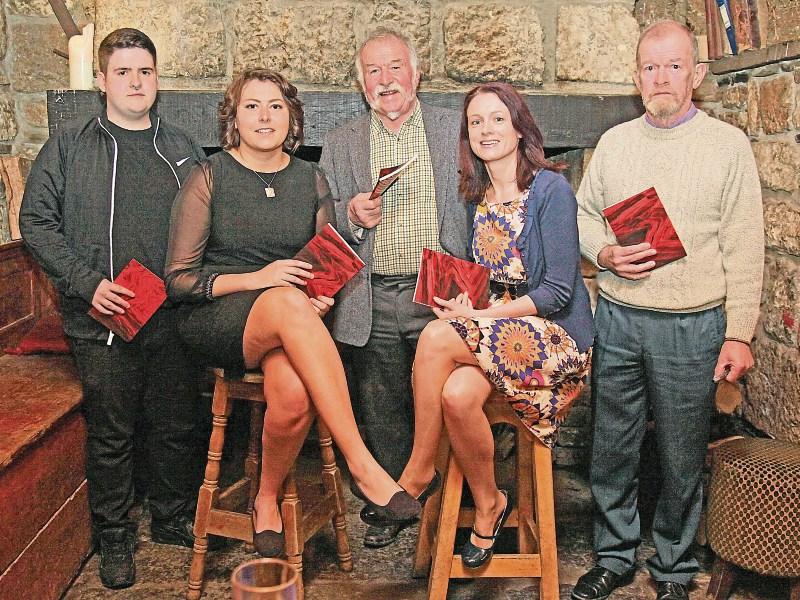 This week, we celebrate the return of the popular New Longford Writing page with a beautiful story by Ian Sherry, excerpts from ‘The Red Book of Poetry’ by Niamh Moran and P.J. Walsh and poems by Jim Sheridan and Damien McManus.

The following is an excerpt from ‘The Pilgrimage’ by Ian Sherry:

We had hardly started, we were just about Moygannon when the man across the passage from me (without provocation) burst into a decade of the rosary.

“In the name of The Father, and of The Son, and of The Holy Ghost,” he roared, inflicting good on others and stamping his authority on the trip. But he was not to have it all his own way. While he was still saying the ‘Glory be’ at the end of the first mystery a most senior member of the choir, a respected - nay, feared - old maid and cousin of my mother’s struck up with ‘Soul of My Saviour’. She had a quivery contralto voice and (taken unawares) it was a time before other choir members joined in. Elsewhere, forces were regrouping. There was a leader in every seat. Determined voices to give out the next part of the rosary, and people who knew special long prayers.

At Ardee we had to take a short detour for Pat Fitzgerald to deliver a set of delft to his wife’s sister, and it was here that Hugh Barney Arthur also got out. Had he ‘gone’ behind the hedge, no-one would have batted an eyelid but his antics in scampering over ditches to the privacy of five fields away had the attention of us all. Then getting the bus turned and back on course was tricky; a manoeuvre that required four or five banksmen and much slapping and shouting ‘whoa’ at the bonnet and the boot.

To read the rest of ‘The Pilgrimage’, as well as some excellent local writing, see page 40 of this week’s Longford Leader.

To submit your own writing to the page, email aoife.carberry@longfordleader.ie or send it by post to Aoife Carberry, Longford Leader, Leader House, Longford.