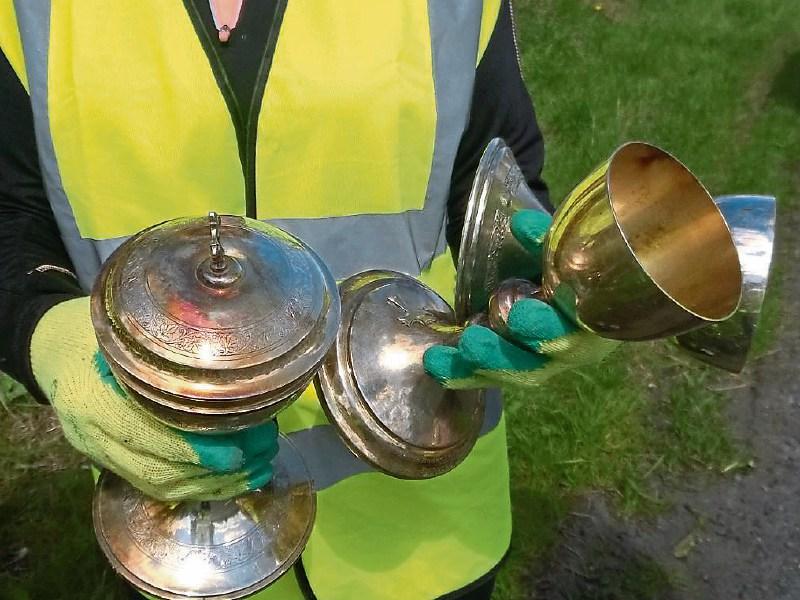 Volunteers picking up rubbish at Newtownforbes got more than they bargained for on Saturday when they discovered a bag of chalices and other ecclesiastical items hidden in a ditch.

It is believed that the items may have been stolen from a church or a parochial house.

The haul was discovered by volunteers from the Tidy Towns group who were taking part in the Spring Clean in Newtownforbes on Saturday.

“I got such a shock,”  said local woman Patricia Keenan, who made the discovery.

One of the chalices had a priest’s name on it and was clearly his ordination chalice.

“The local priest here says that your ordination chalice is very special,” Patricia pointed out, so she is hopeful that the items will be returned to their rightful owner.

The find was handed over the gardai who are investigating.

Patricia hopes that news of the discovery will entice more volunteers to take part in the regular clean-ups in the village.

“Maybe people would be more interested in coming out if they think they might find treasure,” she joked.