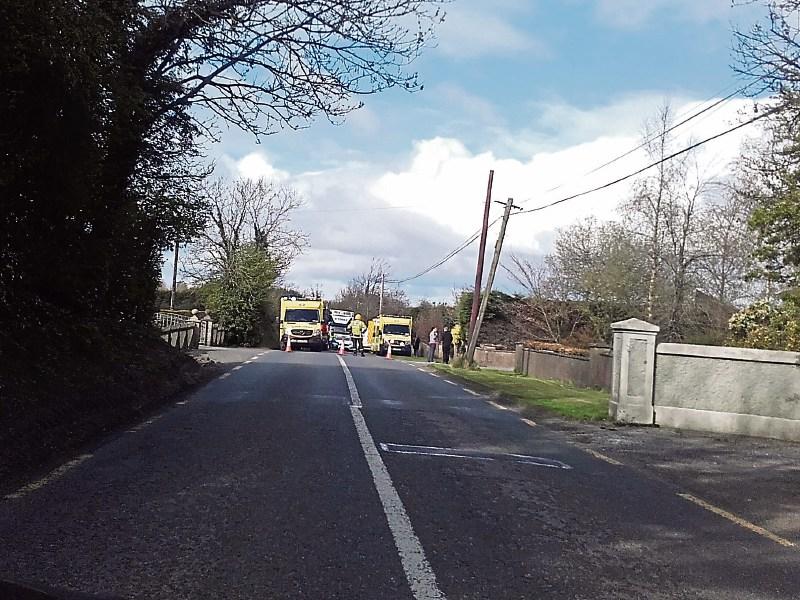 Three people have been injured following a crash outside Longford town this morning (Wednesday).

It’s understood a young child is among the injured in an accident which occurred at around 9:30am at Cloncoose, along the main Ballinalee road.

Emergency services, including two ambulances and at least two fire engines were called to the scene as a result of the incident.

Both approach roads at Carriglass and the main Longford side have since been cordoned off.

It’s understood the injured, all of whom sustained non life threatening injuries, have been taken to Mullingar’s Midland Regional Hospital for treatment.