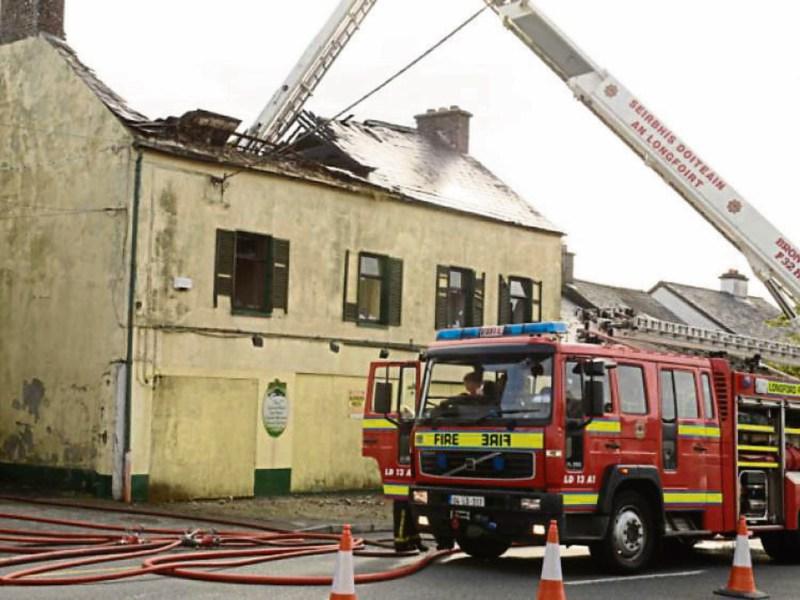 A landmark building in Ballymahon was successfully sold at auction yesterday afternoon.

The former Goldsmith Inn premises, thought to be one of the oldest buildings in the south Longford town, is now only a shell as it was gutted by fire in August 2014.

Prior to its conversion to a public house, the structure was known as Connolly Hall and it is believed to have been constructed during the 1860s.

It was offered for sale at a public auction held in Cooney's Hotel in Ballymahon, which was presided over by auctioneer John Earley of Property Partners Earley, Roscommon. Carrying a reserve of €25,000, the bidding process eventually saw it being sold to a local man for €140,000.

“It went far better than we expected,” Mr Earley said. “Over 20 people expressed interest in it and half a dozen were involved in the bidding up until the €100,000 mark. After that, it was down to two parties.”

The auctioneer added: “It's a mark of the confidence in Ballymahon with Center Parcs on the way.”