Major Cyclone for Clarke's in Lanesboro 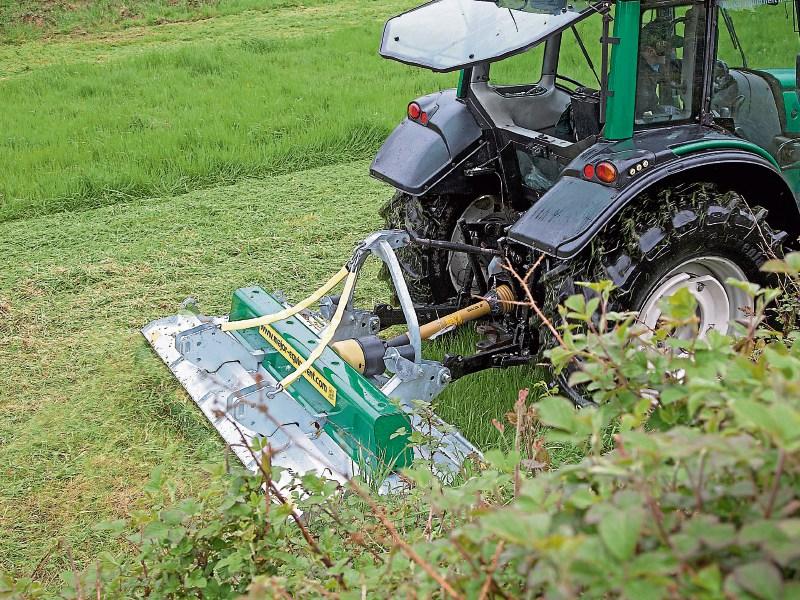 Major Equipment Intl Ltd and their dealers Clarke’s Machinery Lanesboro are hosting a Cyclone Demo event next Monday, April 25 as part of the Major Cyclone Week.

The purpose of the event is to showcase the Major 2.5m Cyclone Mower, which was launched at the Ploughing Championships Innovation Arena last September.

This mower bridges the gap between topper and flail mower, offering customers a heavy duty mower that’s designed to do the work of a flail mower while requiring a fraction of the power and fuel

“In heavy conditions, a 2.5m flail mower could require as much as 120hp to drive it. The Cyclone works easily at 80-100hp. Ground speed in gorse would typically be 1mph to 2mph with a flail mower, whereas it would be between 5mph and 8mph in heavy going with the Cyclone,” explained Martin Walsh, Sales Manager with Major Equipment.

“We are going to show our customers just what this mower is capable of,” said Sean Moran from Clarke’s Machinery Lanesboro. “It is perfect for the management of rushes, gorse, shrub, saplings and brush – stuff that is a bit too tough for a conventional topper,” said Sean.

This mower will be in action on Monday April 25th at the Clarke’s Machinery Lanesboro branch from 3pm to 7pm. For more information call Sean Moran on 086 8104631.