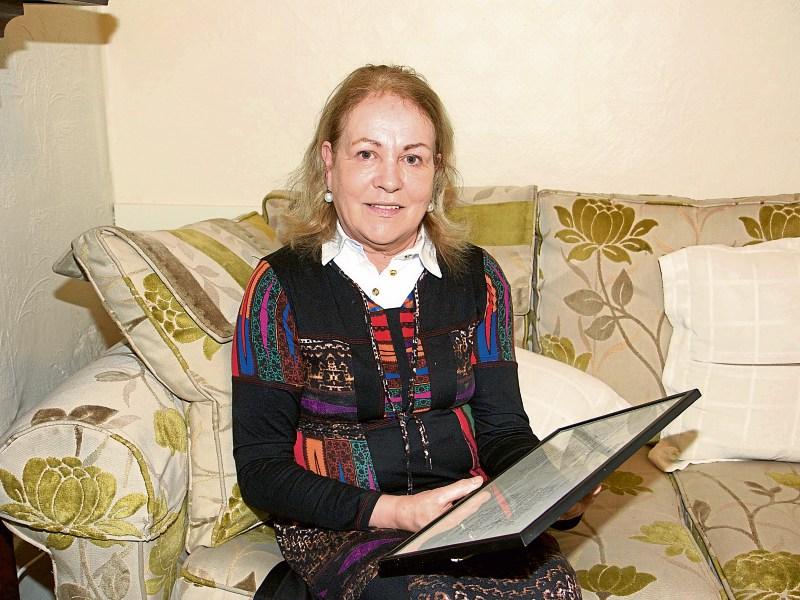 The Mulvihills in Ballymahon are synonymous with the area having become well established in the community in south Longford over the years.

The family is also very well known and highly regarded in agricultural circles, and hosted the Co Longford Ploughing Championships on two occasions.

But the family has an intriguing history , and this week, the Longford Leader spoke to Ita Mulvihill about the family connections to 1916.

The grandfather of her husband Brian, who sadly passed away 10 years ago following a car accident, was Hugh Garahan.

Hugh was chairman of Longford Co Council in 1916 and while not directly involved in the 1916 Rising, was in regular communication with Lloyd George, the British Prime Minister.

The Mulvihills still have in their possession a letter sent by Lloyd George dated June 22, 1917 all the way from Downing Street to Hugh Garahan, Chairman of Longford Co Council, Creevaghbeg, Ballymahon, Co Longford.

In the letter, the British primate explains that his government has decided to convene at an early date a Convention of Irishmen of all parties for the purpose of producing a scheme of Irish self-government.

“I have the honour to invite you as chairman of Longford Council, to become a member of the Convention, and I trust it will be possible for you to accept this invitation to take part in a work which the Government regard as of the highest national importance,” wrote Mr George.

“The terms of reference of the Convention are set forth in the following passage from a letter on the subject which was lately addressed to the leaders of the Principal parties in the House of Commons.”

Meanwhile back in Ballymahon, Ita nostalgically pointed out that while her husband Brian would have had a lot more information, she does recall some of the stories that were passed on.

“Hugh did attend that meeting but I don’t know what the outcome was,” she smiled.

Hugh went on to marry Lilly Fagan from Co Kildare and the couple had three children.

“Betty was the eldest and she was my late husband Brian’s mother,” continued Ita, who is a native of Collinstown, Co Westmeath.

Hugh Garahan became a good friend of General Seán MacEoin, but little is known of his involvement, if any, in the War of Independence that later gripped Ireland.

Ita does recall a story told about how the pair went drinking with eight others one evening and after stumbling home and falling asleep in the sitting room, the lady of the house - Hugh’s wife Lilly- emerged and took health and safety precautions into her hand immediately!

“Needless to say they would have all had a gun at the time,” added Ita who went on to point out that the friends returned to the home of Hugh Garahan in Creevaghbeg after the tipples were consumed.

“Later that night as they lay asleep on chairs, Lilly came down the stairs, saw the scene before her, gathered up all the guns, left the house and threw them into the River Inny.”

There are no stories about the reactions, but given the importance of guns at the time, one can only imagine the scene the next morning.

And just a couple of weeks ago Ita, together with her siblings and their families, joined Lilly at the nursing home in Multyfarnham to celebrate their mother’s 100 birthday.

Lilly married a native of Collinstown in Co Westmeath - Michael Judge - and the couple had four daughters.

“All the family were there and she sat in her wheelchair and enjoyed every moment - even though she slept for an hour and a half!” smiled Ita.

“She is hale and hearty and while she doesn’t recognise any of us, she is in good health and of course she is very well looked after in Multyfarnham.”