A great insight into 'The Golden Years'

Ringside seat account of a magical time for Longford football 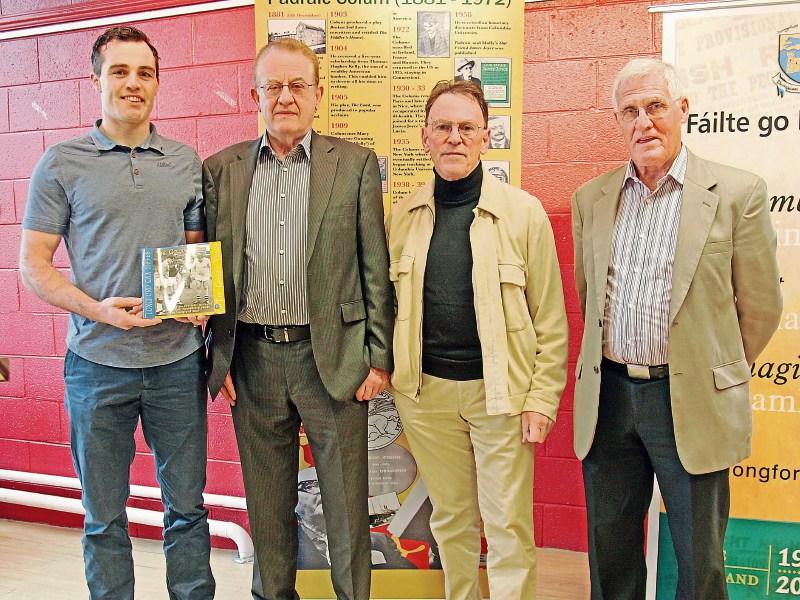 Many of Longford’s revered giants from that era when the county captured National Football League (1966) and Leinster Championship (1968) glory and their family representatives mingled and reminisced on classic matches of yesteryear as the author proudly signed copies of his first book.

As a 15-year-old, Mattie, courtesy of his late father Matt (who was Longford GAA Co Board secretary at that time), was privileged to have a coveted ‘ringside seat’ to witness Longford’s greatest ever victories.

And while recounting the story of the dedicated men that wore blue and gold with distinction, in this easy-to-read publication, we are also treated to a very personal insight into GAA family life.

Mattie reflected, “Writing the book served to remind me of my Dad, for whom I owe a lot of what I have now – and I don’t mean material things. His memory came alive in the course of writing it, and I think he’d approve.

“He was a very careful, honest and sincere man, whose elemental force in life was doing the right thing, at all times, irrespective of personal cost.”

Longford Leader MD Joe Flaherty was MC for Friday’s launch and he described it as an emotional evening for the author and the Fox family. Mr Flaherty praised Mattie’s trojan research and said ‘The Golden Years’, which retails at €15 and is on sale locally, is ‘a fantastic publication’ and ‘gives a wonderful insight into the mechanics’ of Longford GAA during that glorious era. He said that half a century later, the attendance demonstrated to the Longford players the enormity of what they achieved and what it still means to the people of the county.

Mr Flaherty suggested that the GAA is a mighty and unforgiving beast sometimes. “It can certainly suck you in and consume your life, and a chapter in the book deals with this very affectionately and sympathetically.”

Paul Barden congratulated Mattie and revealing that he had read the book cover-to-cover, he said it provided a great insight into ‘The Golden Years’. He joked, “I used to think Seamus Flynn was a quiet, gentle man but this book has opened my eyes to another side of him!”

Paul said ‘The Golden Years’ is a truly enjoyable read and he commended Mattie and his wife Nuala and wished them every success for the future.

Longford County Council Cathaoirleach Cllr Gerry Warnock complimented Leader columnist Mattie Fox on the launch of his new book and congratulated the legendary players of the Sixties on the successes they achieved. “They were absolutely fantastic. We are a small county that continues to box above our weight and these are exciting times for Longford Inc and we are going through a renaissance with the Center Parcs project due to come on stream and the regeneration of Longford town.”

Mattie Fox said the origination of the Longford team of the Sixties was something like the Northern Assembly, ‘the right people, in the right place at the right time’. “There’s was an unselfish committed enterprise that came to fruition and blossomed into something very unique indeed.”

He added, “Talk about St Mel’s Cathedral rising from the ashes like the Phoenix, it was nothing compared to the rising of this Longford team from losers to winners on the national stage.”

'The Golden Years’, which is crammed with memories, key match day incidents, funny stories and statistics, gives a fly on the wall account of four incredible years for Longford GAA and the launch kickstarted a memorable weekend as on Saturday, the Longford Arms Hotel played host to a Golden Jubilee banquet honouring the players and officials of the 60s.