The Red Book of Poetry is launched 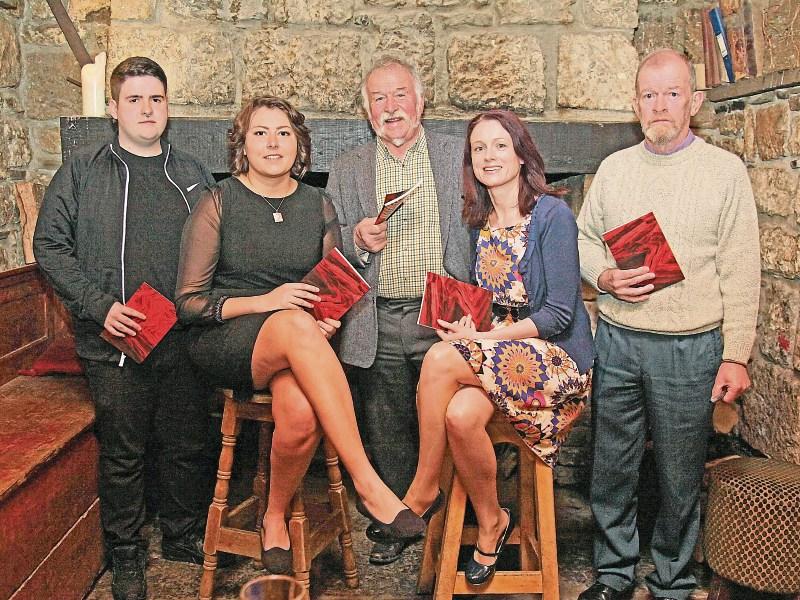 It was standing room only in Skelly’s in Ballymahon on Thursday night for the launch of The Red Book of Poetry by Niamh Moran and PJ Walsh.

This is the local poets’ latest collaboration and it focuses heavily on the local Newcastle Wood.

The book was launched by Sheila Reilly of the Longford Leader and MC on the night was Niall Nally who stole the show with his rendition of ‘Don’t Let the Bastards Get You Down’.

Both poets read from the book on the night. Arguably, one of the most moving pieces was Al’s Place, read by PJ Walsh, about Alzheimer's.

On the night, Niamh Moran, who was also celebrating her birthday, voiced her support for the Center Parcs project while noting it would alter forever Newcastle Wood, which she described as a sacred place.

“I am aware that there are those who have reservations about the proposed development,” she remarked, “but to voice these reservations would be seen as a form of treachery.”

She expressed a hope that a suitable memorial would be created in the Center Parcs complex to celebrate and “remind us of the sacred place that was, and should remain, Newcastle Wood.”