1916 commemoration events in Longford this weekend 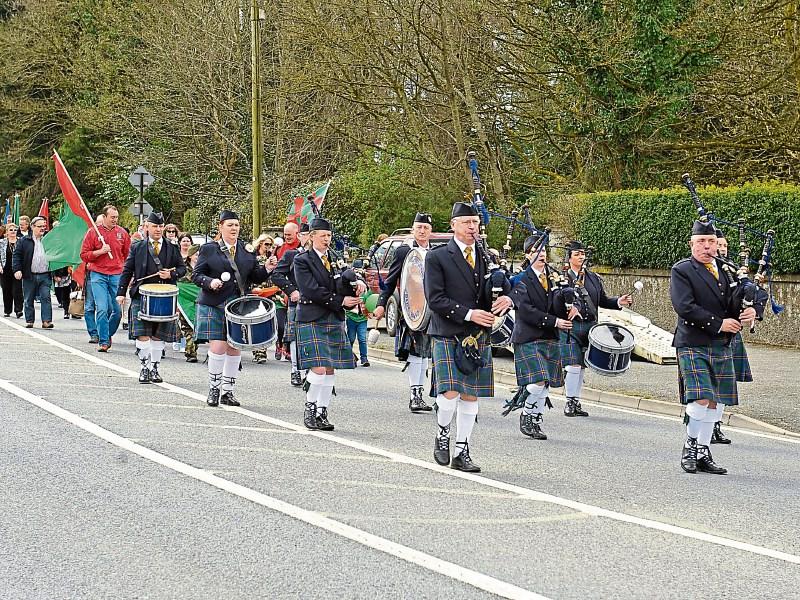 This weekend will be a huge one for Longford as the county gears up for the its official 1916 commemorations.

Taking place between April 22 and 24 in Longford town, events will feature a range of activities and gatherings for all the family.

On Friday, April 22, Catríona Crowe, MRIA, Head of Special Collections at the National Archives of Ireland, will launch a map titled ‘Longford and the 1916 Rising’.

The map is a collaborative project between Longford Tourism Committee and Longford County Library, Heritage and Archives Services, and will highlight sites associated with the local men and women who served in the Rising.

On the same night, there will be an opening of a 1916 Art Exhibition by local artists Breege Cassidy and Doris Crawford, featuring portraits of 1916 leaders, Longford participants and members of Cumann na mBan.

At 3:30pm on Saturday, April 23 the opening of Longford’s 1916 Remembrance Garden will take place on Great Water Street.

“This garden,” said the county’s 1916 Commemorations coordinator Mary Carleton-Reynolds, “has been developed by Longford County Council and Longford College of Further Education (LWETB)”.

Later that day, County Longford Historical Society will unveil a plaque featuring the names of the Longford participants in the Rising in the presence of their relatives, as well as special guests from Longford's twin towns Noyal Chatillon-Sur-Seiche, Brittany and Sparks, Nevada.

This will be followed by a civic reception hosted by An Cathaoirleach and members of Longford County Council for relatives of the Longford participants in the Rising and will also include an historical exhibition on 1916.

On Saturday night at 8pm the Temperance Hall will be the venue for a céilí mór hosted by the County Longford Federation of the Irish Countrywomen’s Association (ICA).

On Sunday, April 24 next the day's events will begin with a commemorative Mass in St Mel’s Cathedral at 1pm.

The chief celebrant will be Bishop of Ardagh and Clonmacnois, Francis Duffy and the St Mel’s Cathedral Choir will perform.

At 2pm, the commemorative parade and family day will take place in Longford town.

“The parade will begin at the Independence Memorial, near St Mel’s Cathedral, and finish at Connolly Barracks,” continued Ms Carleton-Reynolds.

“It will be led by relatives of the Longford participants in the Rising and will include representatives of Longford's twin towns Noyal Chatillon-sur-Seiche and Sparks, as well as the Longford diaspora from around the world; personnel from the Defence Forces; the Garda Band, the band of the Organisation of National Ex-Servicemen (ONE) and the Longford Pipe Band which is celebrating its 50th anniversary.”

Speaking at last week's County Council meeting, Ms Carleton-Reynolds said the weekend had something for everyone.

“We have close to 100 events and it is something that will appeal to everybody,” she said.

“What we want to achieve is to ensure every young person in Longford has a better understanding of what that (1916) period was all about.

“A flag-raising ceremony and the reading of the 1916 Proclamation will follow at the Barracks,” she added before pointing out that there would also be performances by local groups, including the Longford County Choir, the Innyside Singers and local schools.

“Displays of traditional crafts by the County Longford ICA and the best of Longford's arts and crafts will also be on display.

“The weekend will also feature a community arts project which has been undertaken by five community groups and five second-level schools in the county, facilitated by community artist, Tom Meskell, and called 'Lights in the Darkness'.”

The project will depict the ordinary men, women and children of 1916.

Tom is a grandson of Patrick Doyle, one of the Longford participants in the Rising and the five community groups involved in the project are as follows: Lus na Gréine, Granard; Ardagh Creativity Centre; the National Learning Network; Edgeworthstown Development Cooperative and Longford Women’s Link (LWL).