The stage is set for 'The Addams Family'

'The Addams Family' runs from April 15 to April 23 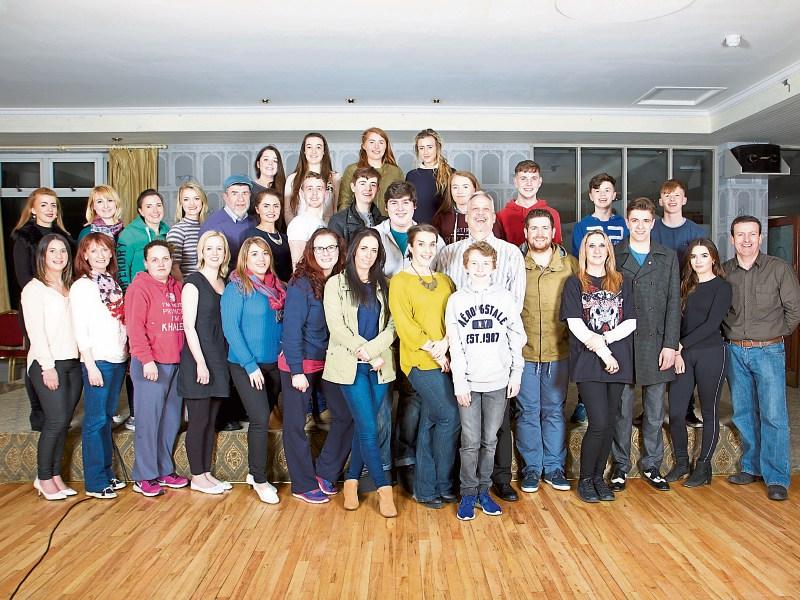 After months of hard work, rehearsals and preparation, the curtain will come up on ‘The Addams Family’ at the Backstage Theatre this Friday, April 15.

A sublimely talented cast, which we have been profiling over the past number of weeks, will tread the boards, under the direction of Tim Landers, as well as Choreographer Emer O’Brien and Musical Director Fintan Farrelly.

The loveable family of creepy kooks, led by the elegantly gaunt and seemingly undead Morticia and her ever-devoted husband Gomez, is in turmoil. Their daughter Wednesday finds herself falling in love - a sensation that is unsettling for both her and her family. When she invites her new boyfriend, Lucas Beineke over with his “normal” family, comic chaos ensues.

Along with Tony Wadd (Gomez), Janice Gibney (Morticia), Lindsay Clyne (Wednesday), Iarlaith O’Rourke (Pugsley) and Sean Rooney (Lucas Beineke), there will be a number of familiar faces completing the line-up of what promises to be a stellar show for all the family.

Following on from his debut with the society last year, playing Fyedka in ‘Fiddler on the Roof’, Liam Brady returns to the stage for ‘The Addams Family’, portraying Uncle Fester. A well known musician and singer throughout the county, Liam was a member of the stage crew for the 2014 production of ‘Oliver!’ and he has performed with Longford Variety Group in the past. This year, he will be joined on stage by his fiancée Natasha Fitzpatrick, who plays one of the ancestors.

There are few music fans in Longford who have not heard the beautiful voice of Valerie Nolan. Taking the role of Alice Beineke in her first principal role with St Mel’s Musical Society, Valerie made her debut with the group last year, as part of the chorus in ‘Fiddler on the Roof’. Later in the year, she gave a show-stopping performance at the annual Longford Variety Show. . Valerie can also be heard singing with St Mel’s Cathedral Choir, while she also performs 40s and 50s style gigs in the Longford Arms Hotel on Sunday evenings.

Valerie’s onstage husband, Mal Beineke, will be portrayed by Michael O’Driscoll, who will make his second appearance with the society, after playing the role of ‘Lazar Wolf’ in last year’s production. A lifelong interest in music and singing, which saw him appear in several musicals and perform with local folk/parish choirs, started at a young age for Michael, who moved to Longford with his family in 2002. Michael will be joined onstage by his daughter Katie who will play an ancestor in the show.

A well known character from the original Addams Family TV show and film, the role of Lurch will be performed by Conor Lynn McLoughlin, who is no stranger to the stage. A native of Ballymahon, Conor joined the musical society as a member of the chorus last year, but is also a member of Evolution Stage School and St Matthew’s Church Choir. An active member of productions in Ballymahon Vocational School, Conor has also been involved in productions with Backstage Youth Theatre, Backstage Theatre and Bog Lane Theatre.

Last, but certainly not least, the role of Grandma Addams will be brought to life by committee member Michelle Kelly Conlon. Though she also played the role of Grandma Tzeitel in ‘Fiddler on the Roof’, Michelle is not one who should be typecast, having previously played Fraulein Kost in ‘Cabaret’ and the giggly Gertie Cummings in ‘Oklahoma!’. A talented performer, Michelle has also taken to the stage with Longford Variety Group, as well as the Bog Lane Theatre Group, Backstage Theatre Group and the Canal Studio Company.

‘The Addams Family’ will take over the Backstage Theatre for a total of nine performances from this Friday, April 15 until Saturday, April 23.

Tickets, which are selling quickly, are available from the Backstage Theatre Box Office on 043 33 47888, online at www.backstage.ie or from Farrell & Coy in Longford town.