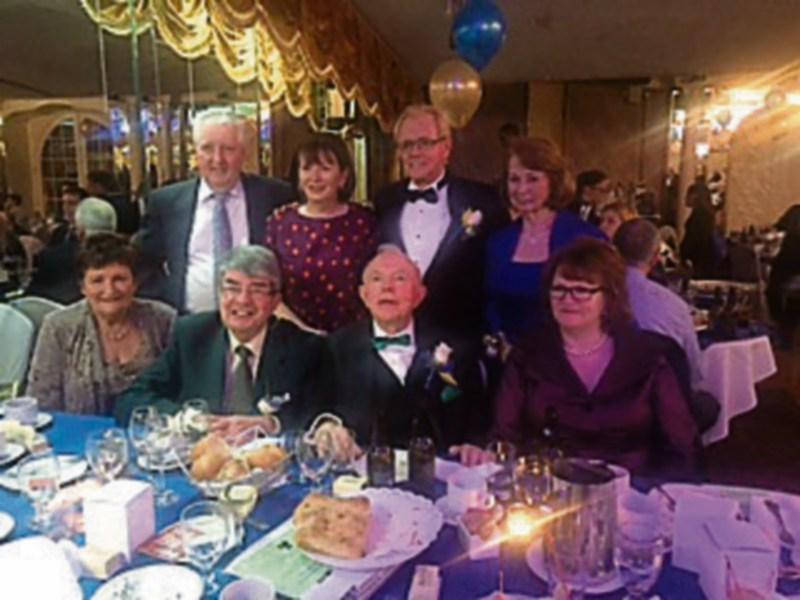 Longfordians from both sides of the Atlantic attended the 125th Annual St Patrick’s Day Dinner Dance hosted by the Longford Association of Greater New York in March at the Astoria World Manor in Astoria, New York.

Newtownforbes native John Mahon was awarded the prestigious Guest of Honour title and the entrepreneur and respected businessman was certainly a very popular choice.

The owner and founder of the Pig and Whistle Bar chain, John now owns 14 restaurants in New York but he remains a Longford man through and through.

This year, the Longford Lady of the Year Award went to a Longford daughter Dr Margaret Fitzsimons-Hagan, a daughter of Eddie Fitzsimons from Granard.

The recipient of the Louise McKeon Memorial Award was Steve McInnis. Born in the Bronx and a third generation carpenter, his mother Ann’s parents were James Duffy from Moyne and Annie Donohue from Aughnacliffe.

A great night was had at this year's event with many people travelling from Longford to join the celebrations and to recognise the contribution of the honourees to the Irish and Longford community in New York.