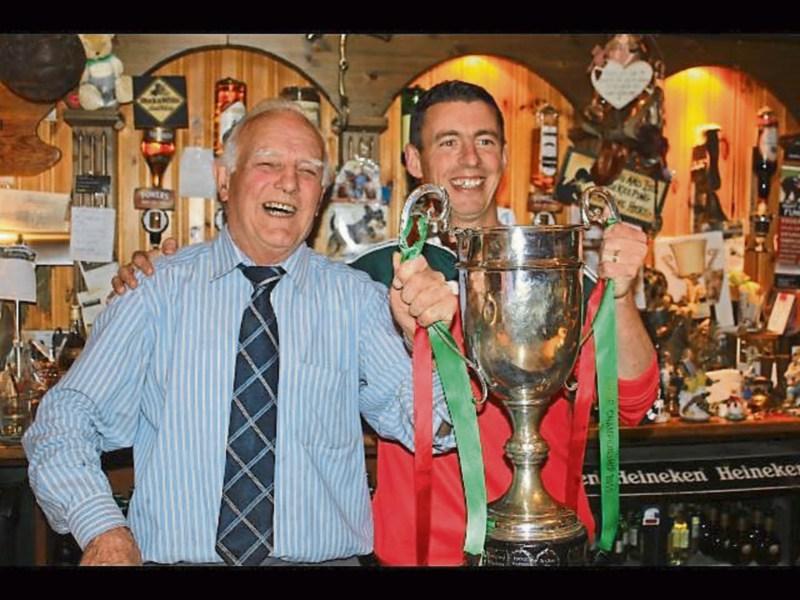 The sudden death of popular publican Eamonn Murray has deeply shocked the community of Edgeworthstown, where he had lived for the past 40 years.

Mr Murray, proprietor of the long-established Mostrim Arms, passed away on Sunday evening. The Murray family have been a household name in the Longford bar trade as previous to his time in Edgeworthstown, he ran the family's landmark Murray's of Tashinny with his late father Ned and brother Martin.

The rural South Longford venture was one of the most popular cabaret and live music venues and attracted huge numbers from right across the midlands every weekend. When Eamonn and his wife Anne took over the Mostrim Arms it similarly became a mecca for country and social dancing followers over the years.

Married to Anne (née Lynch), Eamonn was known the length and breadth of the county for his friendly, down-to-earth personality and likeable nature.

Natives of Tashinny, the Murray family are known and respected far and wide. Always great supporters of the GAA, it’s especially sad that Eamonn has passed away so close to the planned anniversary celebrations of Longford's famous National League win back in 1966. His brother, the late Sean Murray, was one of the stars of that team. Eamonn was in fact due to represent his late brother at the celebratory night in the Longford Arms Hotel on Saturday, April 16, to honour the heroes of '66.

Eamonn himself also played football with the Carrickedmond club and in latter years had been a steadfast supporter of the Mostrim and Wolfe Tones clubs as well as the ladies football movement. He delighted in the Mostrim club's success in the junior championship last year. He was very closely associated with the Mostrim ladies and was one of their main sponsors since they launched in 2005. The ladies' jerseys proudly carry the Mostrim Arms logo.

Eamonn was an integral part of the Edgeworthstown community and was hugely respected by other business owners and especially publicans, all of whom have this week paid tribute to one of the town's greatest servants.

Whilst the bar trade was in his blood and became his life, Eamonn also had a very close affinity with the farming community and this best manifested itself in his involvement with the County Longford Ploughing Association. Sadly he has passed away only days before this year's championships in Legan and his absence will be felt by many on a showcase day for Longford agriculture. Recent years saw him compete in the novice ploughing sections and he delighted in the friendship and goodwill of these days.

Over the years the Mostrim Arms would also have hosted many of the big Ploughing Association events and he was always a great and generous supporter of the Association.

Eamonn was also a great Fine Gael supporter down through the years and tributes from the party were led this week by local councillor Paul Ross, who said: “Eamonn was an avid sportsman, a political man and a big Fine Gael man.”

The late Eamonn Murray is predeceased by his brother Sean and is survived by his wife Anne, brothers Fr Jimmy, Martin and Pat, sister Bea, and a wide circle of friends and extended relatives.