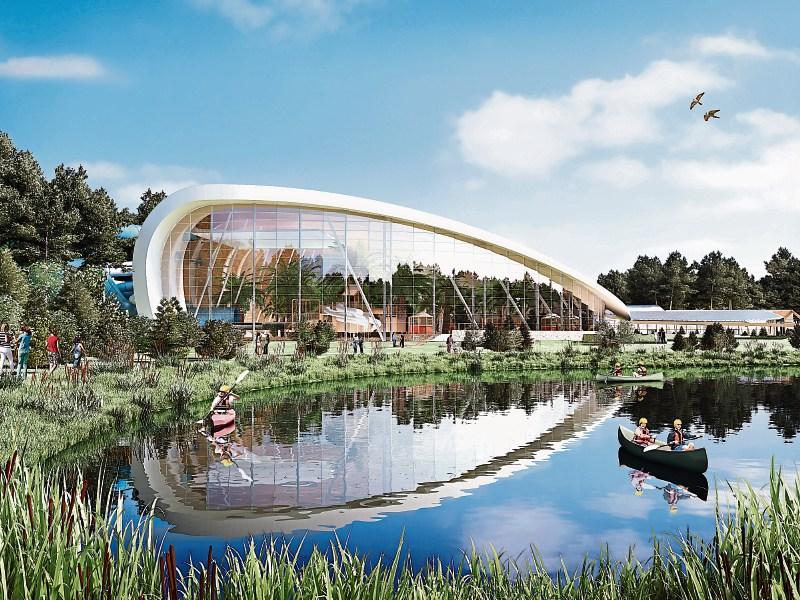 A third objection has been lodged with An Bord Pleanála in relation to planning permission granted by Longford County Council to Center Parcs Ireland Ltd, who intend to develop a holiday village at Newcastle Wood near Ballymahon.

The objection was lodged by Ms Teresa Kiernan of Ballinea, Mullingar, Co Westmeath.

In a submission to the local authority prior to approval of the planning application, Ms Kiernan said, “in principle I am in favour of the development, however I consider there are shortcomings in terms of traffic safety which need to be addressed.”

Among Ms Kiernan's concerns are speeding along the R392 road between Ballymahon and Mullingar and a requirement for improved sightlines at a known accident black spot.

In addition, she listed a need for a right-hand turning lane at one junction on that section of road.

Ms Kiernan also noted that, “the prioritisation of traffic onto the Regional Route R392 over the N55 National Secondary Route and in turn the N4 National Primary Route must surely be contrary to Government policy.

“A regional route does not have the carrying capacity to take large volume of traffic, whereas the higher categorised roads would be better equipped in terms of their ability to carry higher traffic levels and have been financially invested in by the Government to this end.”

As reported in last week's Longford Leader, two other objections have been submitted to the statutory planning authority, with both questioning the sustainability of Center Parcs Ireland's planned development.

The deadline for receipt of objections to An Bord Pleanála has now passed and the body will make a decision on case before July 25.