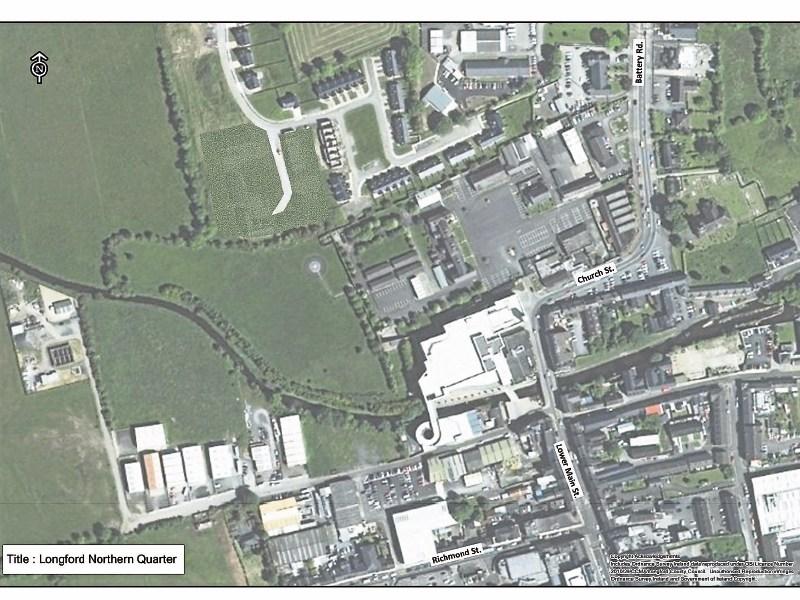 The regeneration of Longford town took a leap forward this week with news that Longford County Council has appointed property firm Colliers to search for investors for the town’s “Northern Quarter”.

Colliers told the Longford Leader that initial approaches have already been made with a number of potential financiers to discuss development options for the town's former Connolly Barracks site, its surrounds and the still vacant 10,000 sq ft shopping centre.

Among the possible options being considered are a new hotel and event venue, an IT hub and outdoor recreation centre.

Cathaoirleach of Longford County Council Gerry Warnock said private investment is crucial to the success of the project.

“There will have to be some form of commercial element to it that is sustainable, he said.

The ambitious plan could transform Longford town and provide a catalyst for further development in the town.

Connolly Barracks was purchased by the Council in 2012, and some restoration work has been carried out there.

Now, development options are being sought for the Barracks site as well as the vacant shopping centre.

“We are looking at a number of options there,” said Roger Hobkinson, Director of Destination Consultation at Colliers.

“There have been a few discussions and a few meetings,” he confirmed.

“We are pushing it out to our contacts in Ireland to test the market and to people we know in the UK and the US.”

Consultancy chiefs hope the planned development of a €233m Center Parcs resort in Ballymahon will aid the firm in its talks with would be investors.

“That is huge and is a real game changer that will help shift opinion on Longford both internationally and domestically,” said Mr Hobkinson.

Outlining the council’s plans, Cllr Gerry Warnock said talks had already taken place with NAMA over the future of the vacant shopping centre should a potential investor be found.

“A lot of work has gone on behind the scenes to see if we can flag it as a package,” he said, confirming that private investment is needed.

“A public development just doesn't suit as the council hasn't got the resources,” he explained.

“What this shows is we are very serious about regeneration and it's to put a foot in the water to see if there is interest in the private market.”

Colliers are looking to receive expressions of interest from developers, investors, occupiers, operators and other interested parties by April 18.