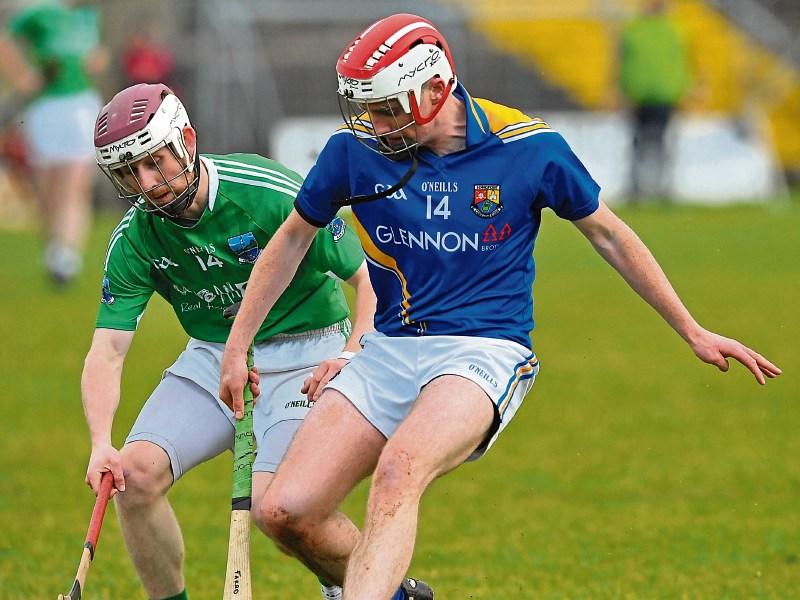 The Longford hurlers suffered the bitter disappointment of losing the National League Division 3B title decider for the second year in a row.

But it would probably have been a different story had they not squandered numerous scoring chances during the course of the game against Fermanagh including a few frees that chief marksman Joe O’Brien would normally convert.

Even at that the midlanders still managed to establish a comfortable seven points lead in the first half and were looking good to make amends for the so unfortunate defeat against Warwickshire in the final of this competition last year.

With the advantage of the strong wind at Markievicz Park on Saturday last, Longford started so well with a brace of goals from Cathal Mullane in the 4th and 8th minutes and with 27 minutes gone on the clock Fermanagh trailed by 2-6 to 1-2 and appeared to be in trouble.

But the Ulster county were thrown a lifeline moments later when a mistake by Longford keeper Reuben Murray gifted No 15 Conor McShea a goal and when the other corner-forward Sean Corrigan fired over a free in stoppage time the gap was closed to just three points at the break, 2-6 to 2-3.

Young Murray had come to Longford's rescue when he produced a great save to keep out a well struck shot from Sean Corrigan in the 17th minute.

The other two Fermanagh points in the first half were registered by Francis McBrien and Ryan Bogue and it was the latter who grabbed the first goal for his side in the 10th minute.

Longford dominated the early exchanges to lead by 2-2 to 0-1 with midfielder Bart Hanley landing the opening point a matter of seconds after the throw-in while left-half-back Patrick Walsh also shot over the bar.

The goals from Cathal Mullane should have provided the platform for a Longford triumph but they were left to rue a total of eight wides in the first half, including a Joe O’Brien free miss from right in front of the posts.

And that compared to just one wide for Fermanagh who were struggling to make any impact and their cause was certainly not helped by the absence of suspended full-forward Declan McGarry.

Four more Longford points followed in the first half, a couple from Joe O’Brien (play and free), with Kevin Conneely and Cathal Mullane also on target, but from the moment they conceded a very soft goal in the 28th minute the pressure got to Ray Gavin’s side who were not near as fluent thereafter.

Fermanagh began to grow in confidence and while they were extremely lucky to be only three points behind at the break, they were unquestionably the superior side in the second half and particularly so at centrefield where John Duffy and Ryan Bogue were in command.

The introduction of influential substitute Daniel Teague at half-time made a big difference in attack and one wonders why he did not start such was the impact he made. Teague proved to be a constant threat, along with No 13 Sean Corrigan, and the dangerous duo scored 0-6 between them on the changeover.

Physically stronger in most positions on the pitch, Fermanagh gradually asserted their authority with the wind now in their favour and a bright start to the second half yielded a point apiece from Teague and Duffy.

Longford badly needed a score and it materialised in the 40th minute as Joe O’Brien set off on a penetrating solo run through the opposing defence on his way to planting the ball in the back of the net.

That cracking goal left Fermanagh trailing by 3-6 to 2-5 but they refused to panic as they came storming back to take over completely. A glorious spell between the 41st and 54th minutes yielded eight points in a row, the first from a free converted by Sean Corrigan.

Further scores quickly followed from John Paul McGarry, Sean Corrigan (play) and Ryan Bogue to leave the sides all square before a Corrigan (free) in the 45th minute put Fermanagh in front for the first time in the league final watched by a sparse attendance who braved the cold weather.

Another O’Brien free was then blocked down in a goal attempt, along with the follow up from Paddy Farrington, before O’Brien fired a free over the bar in the 63rd minute.

The gap was down to just two points (2-13 to 3-8) but there was no more scores with Joe O’Brien shooting wide from a free and in stoppage time the same player tried to engineer the opportunity of snatching a last gasp winning goal for Longford. But the danger was cleared by Fermanagh who held out to win the Division 3B league title and now meet Warwickshire (the bottom team in Division 3A) in a promotion/relegation play-off.

Longford manager Ray Gavin must now lift his players for the Nicky Rackard Cup first round clash away to Fingal on Saturday April 23rd and they will be hard pressed to make progress in the higher grade championship on the evidence of the league final performance.