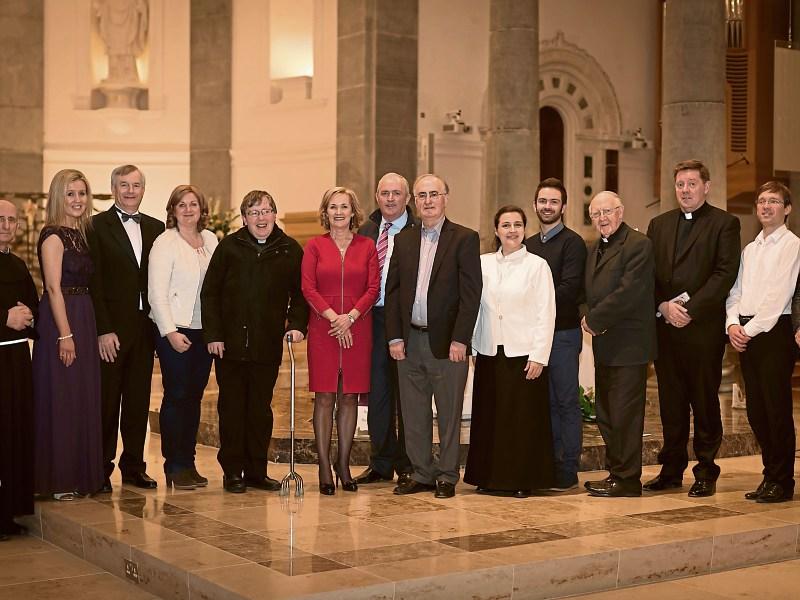 A weekend of spiritually sacred music and prayer, held in the glorious surroundings of St Mel’s Cathedral recently, helped raise €7,650 for the charity St Joseph and the Helpers.

Longford woman Margaret McEntee has visited Medjugorje many times over the years and upon meeting Irish man, Donal O’Shea she learnt about the charity. Since then she has helped raise over €36,000 through various events.

Margaret described the weekend at St Mel’s Cathedral as ‘a dream come true’ and the highlight was the performances of world renowned violinist, Melinda Dumitrescu.

St Joseph & The Helpers charity was founded by the late Arthur McCluskey from Kildare.

Arthur died in 2011 and his sister Pat Henry and one of his best friends, Donal O’Shea took over the running of the charity. Both Pat and Donal attended the event at St Mel’s Cathedral.

Margaret has visited many of the projects supported by the charity - the Prosthetics Centre, the Soup Kitchen which feeds over 300 people per day, and the Respite centre for Children with Special Needs.

“The circumstances of the people is inhuman,” said Margaret. “It was very important for me to work through a charity where 100% of the donation goes directly to meet that need.” Charity directors self-fund their own expenses.

Margaret and her committee thanked Melinda Dumitrescu and her musicians Francesco, Christian and Paul, along with singer Louise Irvine from Enniskillen.#

Fr Svet, whom Margaret described as a very humble man that has done unbelievable work in Medjugorje, also visited Longford.

Thanks were also extended to Bishop Francis, Fr Tom Murray (and in the earlier stages Fr Tom Healy), Sacristan Gerry Reilly, sound engineer Brendan Kearney and to all those who gave of their time, energy and sponsorship in support of the event and those who attended and gave so generously.

Margaret explained that if anyone wishes to make a donation to the charity, they can do so at Chic Beauty Salon on Dublin Street, Longford 043 33 41536.