Locals 'feeling left behind' because of lack of political representation 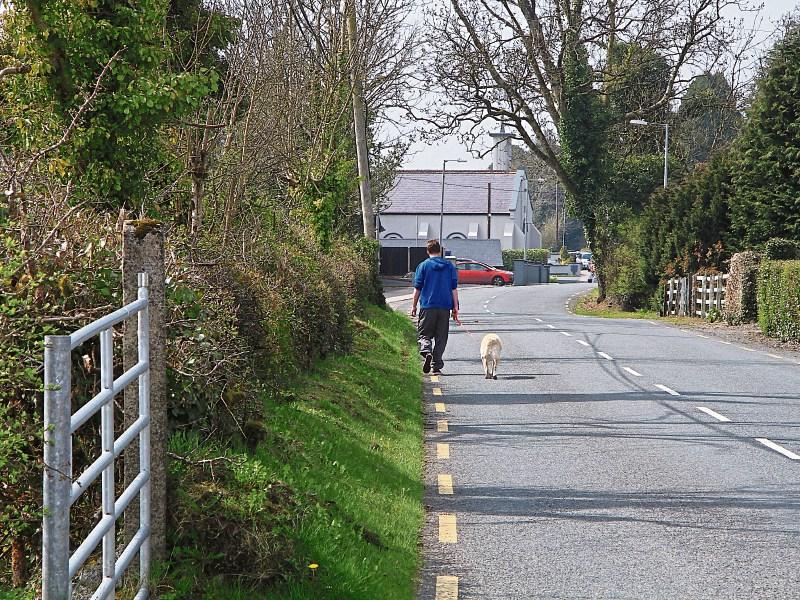 Longford County Council plans to press ahead with compulsory purchase orders (CPO) on two parcels of land in Killoe.

Local authority bosses have vowed to call upon its special legislative powers to acquire the lands following a meeting of Granard Municipal District last week.

Both plots in question are located at opposite ends of Ennybegs village.

Cllr Paraic Brady, said there was a need for the council to take a strong approach on the issue.

He said by acquiring both portions of land, the Council could subsequently look at erecting a footpath from Ennybegs Church to the local cemetery.

And by taking ownership of a small section of land at the Ohill Junction on the Longford side of the village, road safety both to and from the village would be improved greatly.

“It’s a dangerous junction and you are out on the road too far before you can see,” he said.

“ There was a serious accident not too long ago where an elderly man in a jeep was hit at high speed and was nearly killed.

“I think it’s high time that as a council we take a CPO out on this junction and remove land that needs [removing].”

The Fine Gael representative said he was well aware of the costs involved in taking such actions, but claimed locals were becoming increasingly concerned.

“I know that CPOs are something that we as council don’t like to do but when it comes to lands we can’t acquire in the need of safety this needs to be done.

“The people of Killoe feel that because they haven’t got a councillor themselves they are being left behind,” he said.

“It (Ohill Junction) is an extremely dangerous junction and is completely blind when you look back to the village,” he said.

“This might be the only option open to us.

“We have looked at other alternatives over the years and it hasn’t worked.”

He suggested, given the financial demands involved with CPOS, that the Council submit a number of prospective purchases at the one time.

Director of Services, John Brannigan replied, saying the Council had in fact identified five sites for possible CPOs across the county, two of which were in Killoe.

“A one- off CPO would be an expensive process,” he confessed.

“We (Council) have identified five sites in the county that need CPO procedures and we will pursue them.

“What we need though is resources in place internally to start that process.

“If it required a consultant to do it, it would add to the cost.

Mr Brannigan said before any designs are made on carrying out CPOs on both sections of land, the Council planned to include both in “low cost accident” funding streams from central government level.